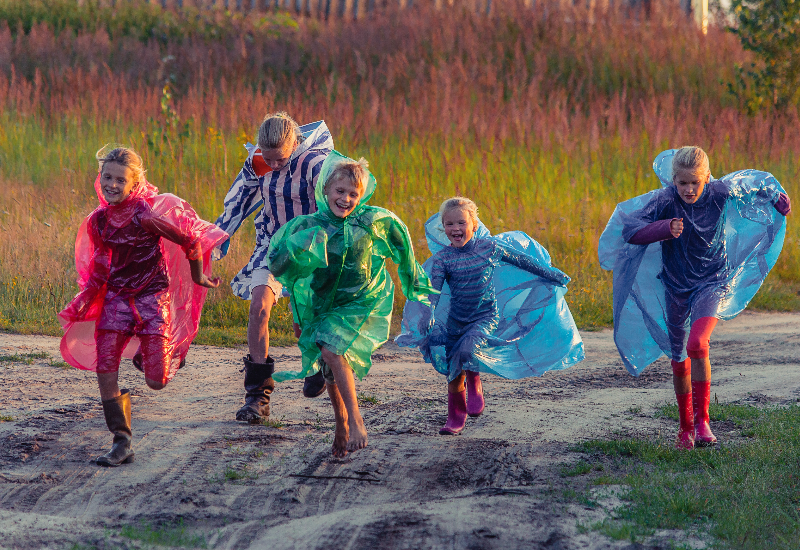 Individuals and citizens, through mass actions, contribute to the development of their communities and philanthropy in the Western Balkans every day with their small and large good deeds.

In 2021, in Montenegro, the largest share of the donated amount was given by individuals thanks to one donation of EUR 7 million, donated by the Ubović family for the construction of a new school in Podgorica.

On the other hand, mass donations of citizens accounted for slightly less than half of all donations.

In Serbia, mass donations from citizens were the most dominant source of support, while individuals were the third largest donor, right after the business sector.

Citizens were the most active donors in Croatia, Bosnia and Herzegovina, and  Kosovo. At the same time, they are in second place in North Macedonia regarding the amount donated and the number of charitable actions. The share of individuals in giving to the common good is also significant.

For more information about the individual, mass, and all other types of giving for the common good, register in our application, Giving Balkans, and which charities of individuals and actions of citizens marked the beginning of January, read below.

You can support some of them yourself, and we're sure that, if nothing else, you'll be motivated to do something good for your community yourself.

They secured a new home for a family from Podujevo

Ganimete Salihu and her husband, Jeton Salihu, handed over the keys to a new home to a family in Podujvo, which will remain anonymous at their request.

It is not the first time this couple has helped build a new house for families in need. They say they are more than happy to contribute to a new home for a mother with children who live in difficult conditions.

In just three days, they collected money for the treatment of a sick fellow citizen

A group of people from Uroševac, including the famous rapper Gramoz Aliu-Mozzik, united to collect funds for treating a sick fellow citizen, Rinesa Kamberi, in Turkey.

Thanks to this action, 137,384 euros were collected in just three days. The total cost of treatment for Rinesa is 110,000 euros, so the rest of the money, i.e., the remaining 27,384 euros, will be donated to other people who collect money for treatment.

In addition to citizens, numerous entrepreneurs, SMEs, and restaurants also took part in the action.

After seeing a call for hair donations for children suffering from cancer on social networks, the girl Lamia decided to donate the hair she had cared for years.

With her family's support and the desire to inspire others to do the same, she donated her hair to the Heart for Children with Cancer Association (Srce za djecu oboljelu od raka). 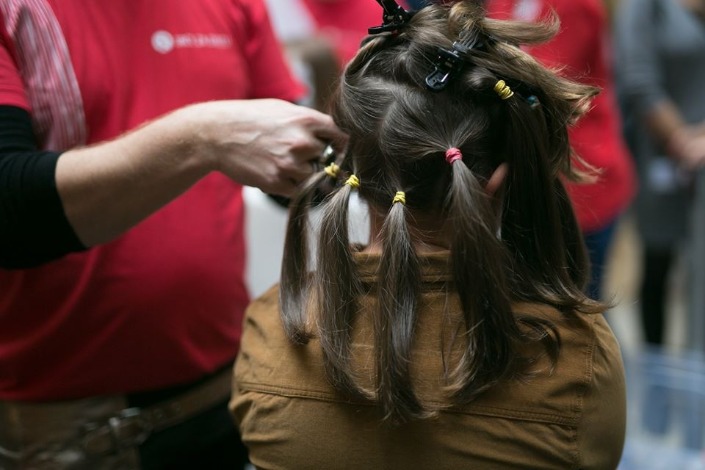 Members of the Viber group Moms for Moms sent more than 4,000 aid packages

Moms from Užice, Jovana Zlatić Tucić, and Ivana Zekavica formed the Viber group Moms for Moms at the end of September, which now, thanks to humane women, has about 220 members from Serbia and Bosnia and Herzegovina.

In addition to the Viber group, they recently launched the Instagram page mamezamame_, to help single mothers, pregnant women, and families in need.

From the beginning until today, we have sent more than 4,000 packages in Serbia and Bosnia and Herzegovina. Daily, we send more than 150 packages, says Ivana, one of the founders.

They are planning to register as an association soon, and anyone who wants to join them in a humanitarian mission can contact them via email mamezamame2022@gmail.com or on Instagram mamezamame_.

Tons of food for the homeless of Split

The humanitarian action Tons of food for the homeless of Split, organized by four sports journalists from Split, was successfully completed with the handing over of a record donation to the association Bridge (MoSt), which takes care of Split's homeless and social self-service.

We hope that the MoSt association will inform us in a few days that the value of the donation has exceeded HRK 200,000, i.e., over 27,000 euros, they said on this occasion.

The donation presentation was attended by numerous athletes and representatives of clubs that actively participated in the action, including Lovre Kalinić, who has been one of the largest individual donors for years.

Milan Grozić, a pensioner and philanthropist from Istria, recently donated his savings to medical institutions for the third time.

He acquired equipment worth HRK 101,000 (EUR 13,400) for the family medicine clinic of the Istrian health centers in Lupoglav.

Grozić because he donated HRK 500,000 of his savings to support the healthcare system, of which HRK 200,000 to Istrian health centers and HRK 300,000 to Thalassotherapy Opatija.

One action that you can support yourself was launched in Nikšić.

Foundation Volunteers of Montenegro recently launched an action to collect food and clothing for 150 socially vulnerable families from Nikšić.

We now invite all those interested in supporting the action by donating food and clothing or paying funds to the Foundation's giro account: 520-9194-41 with the indication - Donation for the VCG charity action. Also, citizens can donate funds without going to the bank using the following link, said Marina Došen from the Volunteers of Montenegro Foundation.

Paid off all the townspeople's debts at the local store

Two Albanians from the diaspora in the USA made a very humane gesture. Alfred Pergioni and Admir Lufi paid all the obligations in the local store, which the villagers of Luf in Puka had.

Between 40 and 50 families live in the village. In a Skype connection for the TV show ABC e Mëngjesit, they explained how they made this decision without knowing the amount needed to cover all the debt in advance.

An anonymous donor provided treatment for a two-year-old girl

Two-year-old Mesila could not walk due to health problems. Her situation worsened day by day, and she needed immediate intervention. The operation cost 15,000 euros, and her family could not provide that amount.

After they reached the Different Weekend Foundation, a call for donations was made. After only a few days, a donor from Albania, who lives in Germany, took it upon himself to cover all the costs of Mesila's treatment, donating a total of 15,000 euros, wishing to remain anonymous.

Jasmina was diagnosed with acute leukemia, and her life was threatened, so she needed urgent intervention abroad.

The treatment cost 140,000 euros, which her family could not provide. They turned to the Firdeus Foundation for help. After the call for donations was published, the entire amount, thanks to the support of several different donors, was collected in just 48 hours.

More than 51,000 KM were collected in the campaign Each jersey has its own story

Campaign Every jersey has its own story, with help and support Tuzla Community Foundation, was started by Tuzla philanthropist Sead Mulić, who, by auctioning online more than a hundred sports jerseys of local, regional, and world athletes, animated more than a hundred individuals and companies who collected money with donations to purchase valuable equipment for the treatment of children.

We did it! Thanks to philanthropists and socially responsible companies throughout Bosnia and Herzegovina and the diaspora during the two-and-a-half-month campaign, more than 51,244.52 KM were collected to purchase a modern mechanical ventilation device at the Children's Disease Clinic of the UKC Tuzla, say the Tuzla Community Foundation on this occasion. We owe a great deal of gratitude primarily to Sead Mulić, who donated his collection of jerseys collected over the years, and to all those who in any way contributed to the successful completion of this campaign, they added.

If you know of benefactors who have specially marked the year for us in Serbia, nominate them for the VIRTUS award for philanthropy awarded by Trag Foundation. The contest is open until February 14, and you can nominate individuals, businesses, and SMEs who you feel has made an extraordinary contribution to their communities in the year ahead.