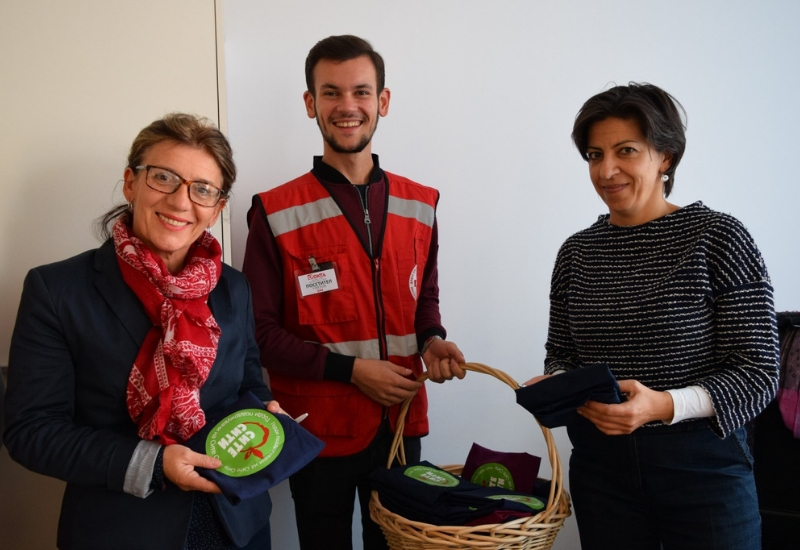 To mark World Hunger Day (16th October), OKTA employees decided to give up their daily food coupons, and instead raise this money for Red Cross Macedonia. The organization will use the donation to provide 280 meals for socially vulnerable citizens.

However, money for food wasn’t the only thing OKTA employees gave to the Red Cross. Some 100 of them also recently donated blood, as part of an initiative which has become traditional in the the company, as it’s run since 1982.

Although this particular donation came from the employees, the fuel company itself is also well known for its corporate social responsibility. It has previously supported the community in several areas, such as providing scholarships and donating equipment to schools and hospitals. Most recently it has once again funded the annual race in support of people with Wilson’s disease.

Company representatives highlighted that OKTA takes great pride in the increasing number of charity and volunteering initiatives of its employees, which help strengthen the entire corporate social responsibility policy.