How does the region give for education, culture, and art? | Giving Balkans 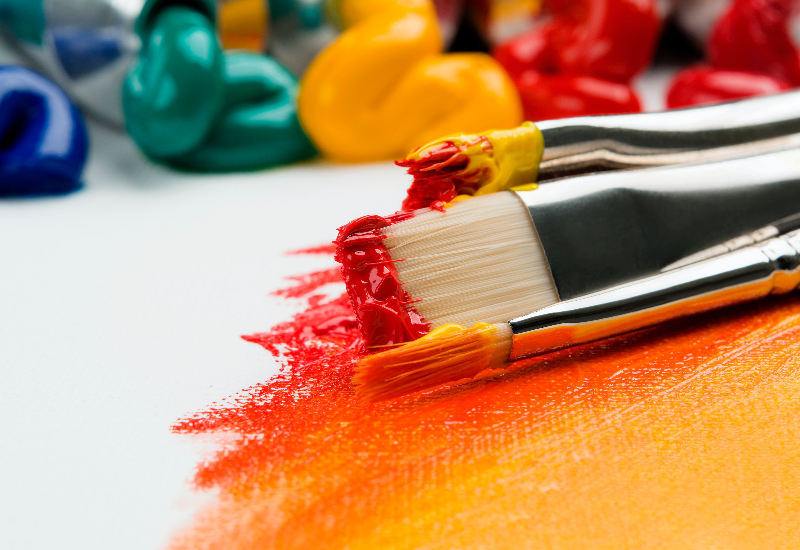 Donations for education, culture, and art represent long-term investments in the community and significant value for all its members.

We already wrote how much we donated in the past year for education, a topic that received significant support in most of the region. What is the situation when it comes to art and culture?

Our philanthropy data for 2021 says these areas are far from popular regarding philanthropic giving.

Thus, in Serbia, only 0.3% of the total amount donated was allocated to culture and art last year. In Croatia and North Macedonia, that percentage is even lower and amounts to 0.1%.

The situation is somewhat better in Bosnia and Herzegovina, where 1.1% of the sum of all the donations we have recorded is intended for culture and art.

For Montenegro and Kosovo, there are no known data on the amounts donated, but there are data on instances of giving intended for culture and art. Thus, in Montenegro, 0.5% of instances were for these two areas, while in Kosovo, this figure is 1.2%.

Currently, we have no data on the amount donated or charitable actions to support art and culture in Albania.

In the hope that the situation regarding giving for these two areas will change for the better in the foreseeable future, in today's listicle, we wrote about how we support our communities for the long term, investing in culture, art, and education.

The company Asseco SEE donated IT equipment to FON

A few days ago, the software company ASEE (ASSECO SEE) donated modern IT equipment to the Faculty of Organizational Sciences in Belgrade, which will be used to improve the operational processes of this higher education institution.

ASEE's donation consists of the complete hardware infrastructure that FON will need to virtualize communication in work with students. It includes four servers connected in one cluster, data storage devices with large memory space, and appropriate supporting equipment.

With FON, we share a common vision of the future in which the advantages of the digital society are highly valued. We believe it is our duty as a company to provide students with modern technology to facilitate their education. We believe that in this way, we will additionally motivate them to realize their potential and contribute to the development of the knowledge economy in our country, said Dejan Đokić, a member of the Board of Directors of Asseco SEE (ASEE), on this occasion.

Vice Dean for Basic Academic Studies of the Faculty of Organizational Sciences, Dr. Dušan Savić, thanked them for the donation and stated that an improved digital platform for student activities would be created based on the new system. 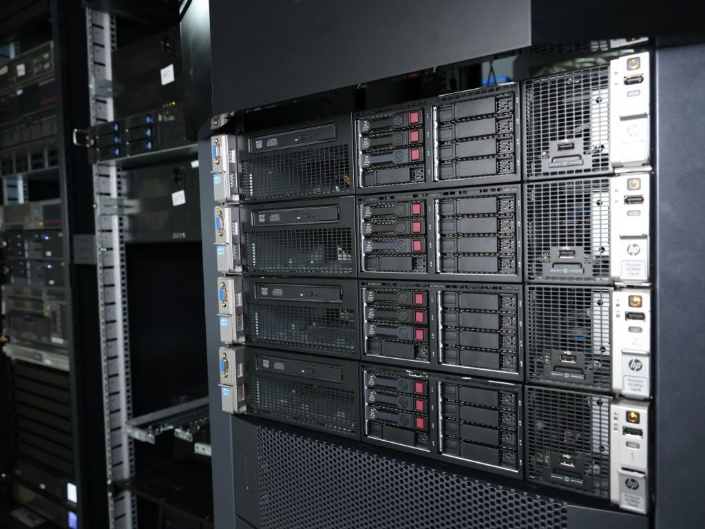 The NIS company supported the National Museum in Zrenjanin

The NIS company invested two million dinars in the project of the National Museum of Zrenjanin, which replaced the existing lighting with energy-efficient LED lighting in the area of ​​the permanent exhibition, the administrative part, and the depots of this cultural institution.

The project, implemented as part of NIS's social responsibility program "Communities Together," contributes to savings in electricity consumption and protection of museum materials but also gives a new shine to museum exhibits, according to the NIS announcement.

The NIS company has supported local communities' development and progress in partner cities and municipalities throughout Serbia as part of the "Communities Together" program for 14 years. The town of Zrenjanin has been part of this program from the very beginning. So far, the NIS company has invested more than 158 million dinars in this city for the realization of 161 projects. 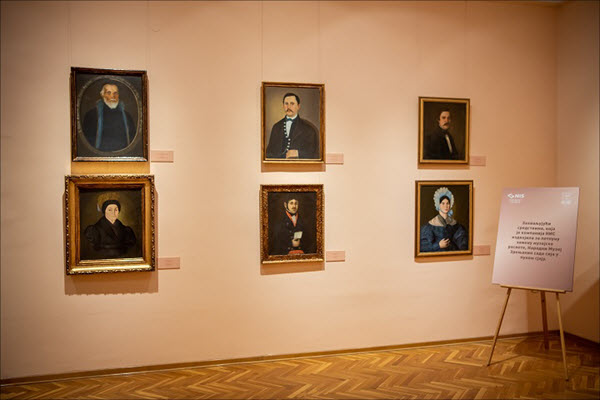 Thanks to the donation of the Club Privrednik and friends of the city of Kruševac, this city recently received a monument to Stanislav Binički, who, along with Stevan Mokranjec, is considered one of the greatest composers in Serbia.

In addition, a bust of him was erected in the village Jasika near Kruševac, where this composer was born.

Through the Regional Grants Program, which the Telemach Foundation implemented for the first time this year in Bosnia and Herzegovina, projects are supported that promote the acquisition and dissemination of knowledge among young people, as well as improved environmental protection.

Civil society organizations that push the boundaries of development philanthropy with their proactivity are supported. Through their activities, they contribute to a better quality of life for the residents of local communities daily, which is of particular importance to us", emphasized Maja Tursunović, director of the Telemach Foundation.

You can view the list of projects that received grants at the link. 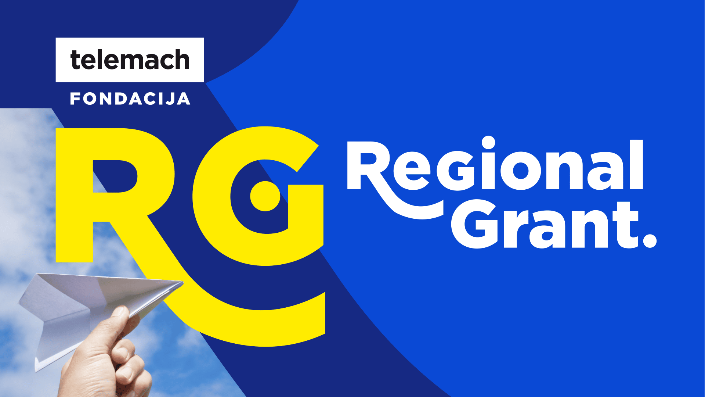 Sarajevski kiseljak launched a new limited series of returnable glass packaging this summer, which is the result of a joint project realized with the Academy of Fine Arts from Sarajevo and the Academy of Arts from Banja Luka.

Students of these two academies were given the task of creating a label, and of the 37 solutions received, four were selected.

A limited series of returnable glass packaging will be available until the end of October 2022, and part of the proceeds from the sale will be donated to these academies to purchase work equipment.

The Rijeka Engineering School for Industrial and Craft Occupations and Porsche Croatia have signed a cooperation agreement under which this educational institution received a valuable donation of a specialized vehicle for the educational needs of all students.

The donation was a Volkswagen Touran vehicle model with pre-programmed errors, which will be corrected by students of the Rijeka school in their practical lessons. In this way, the possibility of additional education by conducting practical classes on the technology of car manufacturers, which is the most represented in Croatia, is ensured for all students who are studying to become auto mechanics and auto mechatronics.

In addition to vehicle donations, the teachers and students of the Rijeka school will also have experts for training in service technology from Porsche Croatia, who will provide them with all the necessary support. Thus, during the donation, the education of teaching staff and professors who will lead practical classes for the students was held.

M:tel donated books to the elementary school library in Lopara

The elementary school "Sveti Sava" in Lopara was missing more than 50 percent of the reading fund for the school library, and the books available to the students were mostly in bad condition.

On this occasion, the M:tel company donated the necessary books to this school, stressing that education is one of the priority areas regarding social responsibility and community support. 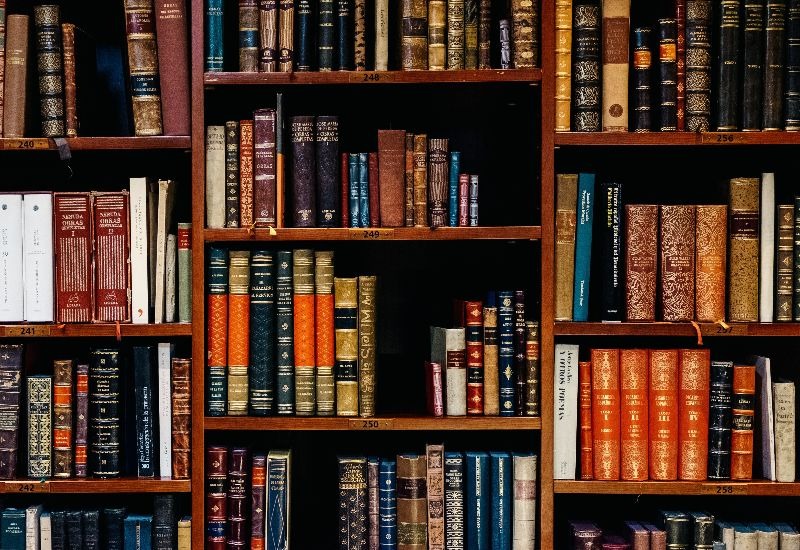 The Rijeka Rotary Club recently organized a humanitarian concert called Be There. The concert was held to raise funds for scholarships awarded by the Rotary Club to talented students.

By awarding scholarships to talented pupils and students, the current practice continues and, at the same time, respects the wishes of one of the first Rotary governors, dr Viktor Ružić, whose name the Foundation bears. We should always take care of the education and prosperity of young people who will be the future bearers of our region's development and well-being.

As part of the previous concerts and humanitarian actions, enough funds were collected for more than forty year-long scholarships, which helped in the education of the same number of young people, they said from RC Rijeka.

The company Frasson donated toys to children from the Bunny kindergarten

The company Frasson from Italy, to support the community in which it operates, donated toys for all ages to the Bunny Kindergarten.

In return, the children presented a thank you note that they created themselves with the teacher's help and held a play for company representatives.

The retail chain Spar Hrvatska will offer to all students in the new school year 2022/2023. register as a butcher at the Petrinja High School, and provide scholarships in the amount of one thousand kunas per month, it was announced a few days ago in a joint statement of the high school and this company.

After many years of cooperation with the secondary school in Petrinja, Spar Hrvatska now provides financial support to students in the areas affected by the earthquake, thus supporting the Croatian education system and promoting deficient occupations. says the statement.

For us, this is a new chapter in cooperation with the local community. We wish to encourage the cooperation of the real sector with vocational education, enabling young people to find employment faster and easier after finishing school. We have been cooperating with Petrinja High School for a long time, which as a serious partner contributes to the education of underserved staff, said Danijel Vidiš, a member of the Spar Hrvatska Management Board, on this occasion. 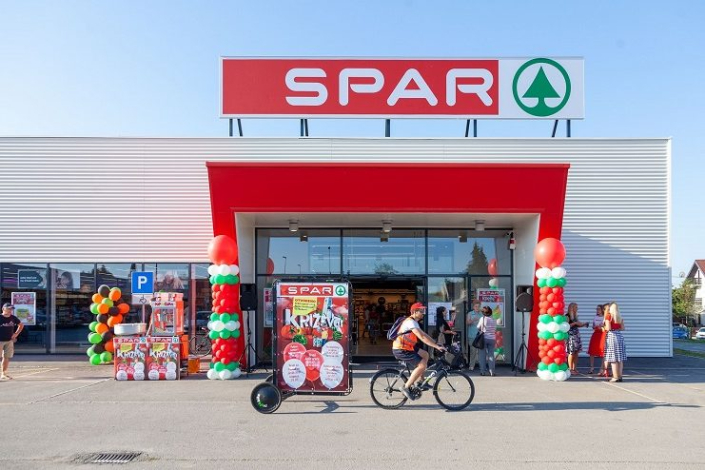 A donation in the amount of HRK 10,000 will facilitate the purchase of additional equipment for the kindergarten.

From July 1 to 3, the music festival "D festival" was held in Dojran for the 12th time, with the participation of numerous renowned domestic and international music names, and Sparkasse Bank, in accordance with its corporate social responsibility strategy was the sponsor of the festival.

Support for the reconstruction of kindergarten

Trans Adriatic Pipeline has financed the reconstruction of the kindergarten Nr.1 in Raskovec municipality, as part of their Social and Environmental Investments program. At the inauguration, representatives of the Raskovec municipality stated that they are happy to open the doors of the newly constructed kindergarten with high-security standards ensured by TAP Albania.

Intesa Sanpaolo Bank has been supporting cultural and educational events in Bosnia and Herzegovina for many years or organizing its own. This year, it decided to support the work of the National Theater in Sarajevo (NPS) and thus help its work.

The cooperation will be reflected in the development of new and more modern technologies, which will greatly help the work of the Theater, so in the coming days, a completely new website will see the light of day, which will be adapted to all devices, with available information about the Theater, where it will be visible repertoire, but also where it will be possible to reserve tickets/seats online. In addition to the website, there is also one-time help for the Theater and a novelty that all domestic and foreign visitors to Theater Square will be able to enjoy because, in the coming months, completely free WiFi will be implemented, explained Marco Trevisan, President of the Management Board of Intesa Sanpaolo Banka and announced the next support action for September this year. 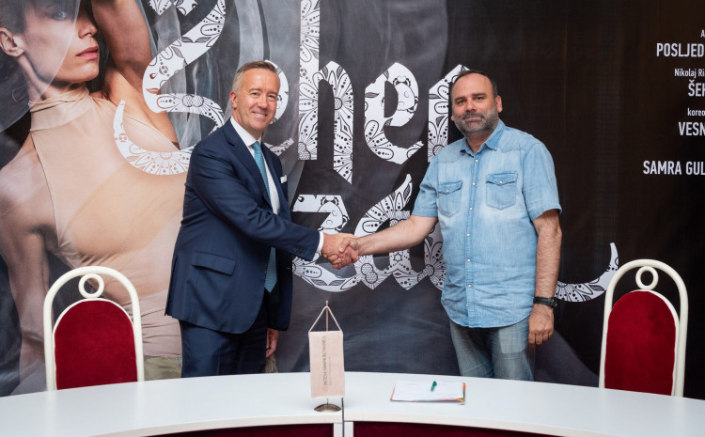 Want to read charity stories on a topic you're particularly interested in? Send us a proposal, and we will do our best to process it in the coming weeks.

To have content on philanthropy and technology for the common good in your inbox every week, sign up for our newsletter.