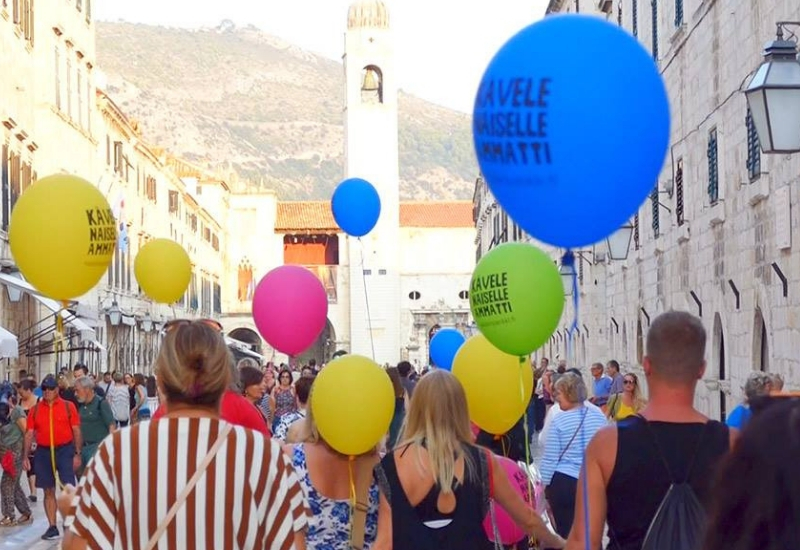 On 9th September, Dubrovnik was one of 74 European cities to host a Women’s Bank Walk - a global event for raising funds to support women in developing countries. The event in Dubrovnik raised the 2nd highest number of funds of all cities which hosted the event.

Women’s Bank (Naisten Pankki),  is a Finnish volunteer network established in 2007, by a group of leading women from the fields of business and politics. It supports education and training of women in developing countries, and especially women’s entrepreneurship in these countries. In just over 10 years, Women’s Bank has become a large network working across 4 continents, with about 3,000 volunteers and which has raised over EUR 10,000,000 for improving the quality of life of women in developing countries.

Women’s Bank Walk is an event taking place in several cities in Europe at the same time. Sponsors from Finland donate EUR 30 for each participant, while the participants collect donations from passers-by during the walk.

It’s perhaps of no surprise that the beautiful old town in Dubrovnik would be a particularly good spot to collect donations from many locals and tourists. Still, the total of EUR 4,157 which were raised this year, makes an exceptional achievement, as it is the 2nd highest sum raised in all cities (the 1st being Helsinki).

The success of this event is especially commendable as a rare instance of philanthropic initiatives in the region being directed towards developing countries. Well done, Dubrovnik!