Towards European Day of Foundations and Donors: Philanthropy Week in Croatia | Giving Balkans

Towards European Day of Foundations and Donors: Philanthropy Week in Croatia 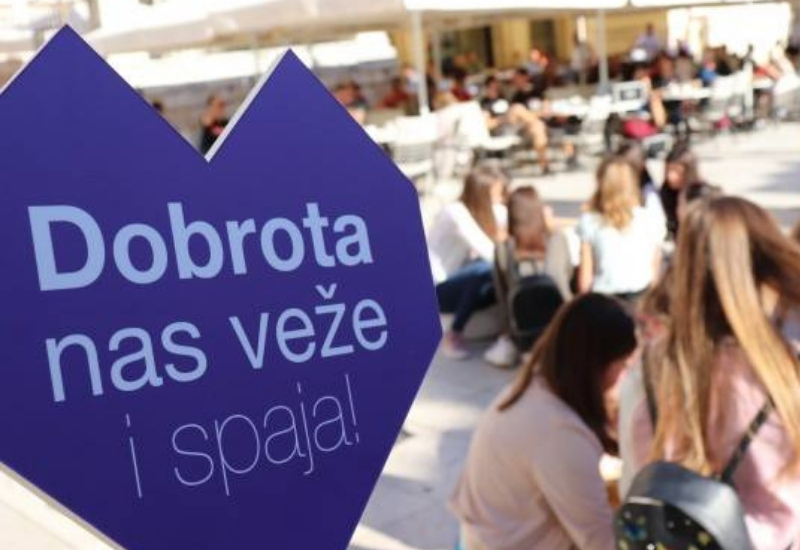 Towards European Day of Foundations and Donors: Philanthropy Week in Croatia

The events are different in character and will take place in several big cities: Zagreb, Rijeka, Osijek, Split, Pula, Zadar i Dubrovnik.

The week started with book collection initiatives in Split and Zagreb, as well as a public talk “Philanthropist and me - how to become a good doer in a few simple steps” (“Filantrop i ja - kako postati dobročinitelj u par jednostavnih koraka”) held in Osijek on the 24th. On Wednesday, 26th September, the Foundation Croatian for Kids (Zaklada Hrvatska za djecu) will present its work in Zagreb. The event will be an opportunity to meet families and organizations supported by the Foundations, followed by several music performances.

Two very important topics will be discussed in Rijeka on the 26th and 27th September: socially responsible business activity and influential women from this city. While the first topic will be the subject of a lecture, the other will be discussed as a part of the project Invisible Forces: Women who Shaped Our City (Nevidljive sile: žene koje su oblikovale naš grad).

Towarads the end of the week, two fun events will be organized in Osijek by Slagalica Foundation (Zaklada Slagalica). On Thursday, 27th September, the Amazing Race will take place. This is a game where contestants find clues at different spots in the city, which will lead them to their next taks (the topic being philanthropy). The winners get a prize, which as Slagalica has stated is going to be a “surprise”, After that, on Friday 28th, from 18h to 22h, everyone is welcome to attend a charity flea market, meet local organizations, mingle and of course enjoy a rich musical program.

The main event of the week entitled “Good is to be Lived” (“Dobro se živi”) will take place in Dubrovnik on Septmebr 29th. On this occassion foundations which are part of the Croatian Foundations Forum ZaDobro.BIT! Will present their worok, with lots of other philantrhopy-related events suitable for the whole family, as well as an exhibition on philanthropy in Croatia.

At the start of next week, on the European Day of Foundations and Donors the Croatian House of Philanthropy (Hrvatska kuća filantropije) will be opened in Zadar.
Make sure to check out the program for details on all the events and take part in the Philanthropy Week in Croatia.