Running for Good Reasons: 6 Stories about Humanitarian Races in the Region | Giving Balkans

Running for Good Reasons: 6 Stories about Humanitarian Races in the Region 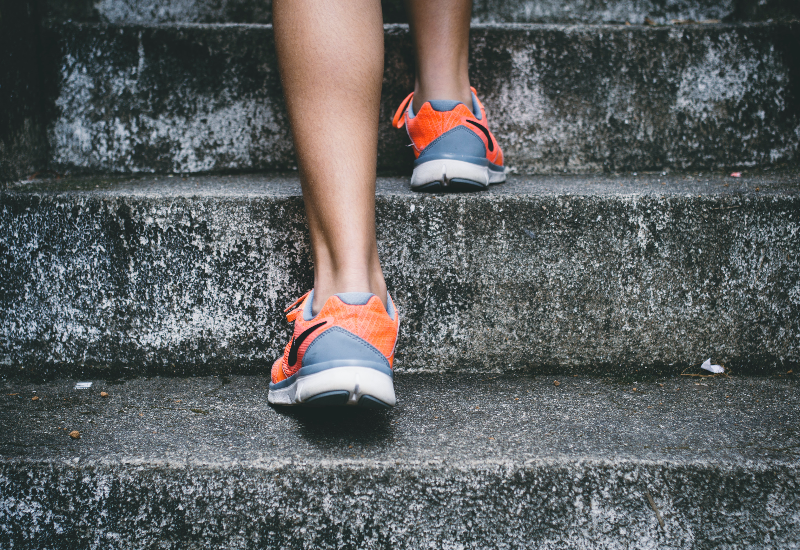 Running for Good Reasons: 6 Stories about Humanitarian Races in the Region

Humanitarian races and marathons, and other types of sports activities are one of the frequent ways to raise funds for various good causes and the opportunity to do something good and healthy for yourself and beautiful and valuable for your community.

Read how we did good deeds by running.

The fastest 5K in the region for three humane goals

The fastest 5K race in the region was recently held on Trebević Mountain, organized by the Sarajevo Marathon Association.

As part of the race, the Marathon Association, in partnership with the Philanthropic Forum of BiH, organized a humanitarian action to raise funds through sales kilometers for goals of great importance to the community.

Runners had the opportunity to run for three humanitarian goals - to cover the costs of joint activities for children of the lower social status of the Foundation for Support and Development of Mentoring Older brother, older sister, contribution to the funds Pomozi.ba, "Sami Čamdžić for a happy childhood, and Athletes for Life.

More than 300 runners took part in the event.

We are running for Child 31

Mary's meals Croatia is organizing the eighth humanitarian race, "Running for Child 31", held on Sunday, May 29, in Zagreb's Bundek Park.

The recommended donation for the registration fee for adults is 70 kn, which is enough for one child to receive a hot meal for six months at the place of education.

You can donate the proposed registration fee for adults by paying into the account of Marija's meals, opened in Zagrebačka bank (HR7923600001102102666 with a description of the payment Registration for the race We run for Child 31), or on the day of the race when picking up numbers at Bundek.

Apart from Zagreb, you will have the opportunity to run for Marija's meals on Split's Riva the day before. This race starts at 18:00.

The mission of Mary's Meals is to provide children in the poorest parts of the world with a daily meal at a place of education. An average of 132 kn is needed to feed one child a year, and Marija's meals provide meals for 2,279,941 children daily in the world's poorest communities.

"Jir za roses" is the name of the humanitarian race of the Shelter for the Homeless "St. Francis," which was held for the first time on Saturday, May 14, in Rijeka.

This year, the first Shelter for the Homeless in Rijeka is celebrating its 15th anniversary. During the 15 years of its existence, almost 700 users stayed there, of which almost 70% were successfully resocialized. On that occasion, the first Rose Festival was held, a charity event organized by the Franciscan Secular Order - Trsat Local Brotherhood.

Jir for roses had a double role - to help the Shelter and its users with their donations and to participate in their re-socialization actively, as well as to be one of the ways to break the stigma of homelessness.

With its route, this race connected two crucial places for the Shelter. The start was on Kozala in the Shelter's yard, and since the founder and implementer of the Shelter project are the Franciscan Secular Order - Trsat Local Fraternity, the goal was at the Shrine of Our Lady of Trsat.

The jubilee dm women's race will be held on Saturday, June 11, at Jarun.

You can participate in the dm women's race by buying tickets available in dm stores throughout Croatia until June 10 or in the dm online shop (until June 3).

You can choose between four races. Two are intended for the youngest, children from two to six years old and children from seven to eleven years old, while women will be able to participate in competitive and recreational races. The registration fee for the competitive race is 100 kuna, for the recreational 50 kn, while the registration fee for children's races is 25 kuna.

dm women's race is one of the largest sports and recreational events in Croatia, and this year will support the work of the association PINK - life to repay the ultrasound device for KBC Zagreb and buy mobile ultrasound for KBC Sestre milosrdnice.

So far, more than 48,000 runners and children have participated in eight races held in Zagreb and one virtual race, and with their help, dm has donated more than 700,000 kunas.

You can find all the details about the preparations and the tenth dm women's race on the link.

Humanitarian race While I breathe, I hope held in Novi Sad

The Association for Help and Support of Persons with Cystic Fibrosis of Serbia organized a humanitarian race from Žeželj Bridge to Freedom Bridge on May 14 in Novi Sad to raise awareness about this genetically caused multisystemic and incurable disease that affects about 250 patients in Serbia.

After that, the race participants walked to the Health Center in Liman, where the winners were announced, and a memorial plaque was placed on the CF rose garden.

The Liman health center is now decorated with a rose garden of special symbolism. It consists of 65 seedlings of roses organized in the shape of lungs, planted in a community of about 250 patients living in Serbia fighting this rare, genetically caused disease every day. This is the third race in a row, and our slogan is "While I breathe, I hope." This year's action has a small addition. Namely, the most innovative drug in treating cystic fibrosis was introduced - Trikafta, and we advocate that every patient receives this drug.- said Milica Perić, president CF of Serbia.

The umbrella charity action of this year's Belgrade Marathon held on May 15, called the Race of Goodness, aimed to raise awareness of the importance of food donations, and the funds raised will be used to purchase food packages for the most vulnerable citizens.

The Serbian Philanthropic Forum organized the campaign in cooperation with the Food Bank of Belgrade to raise funds to provide supplies that meet the needs of a family of four for a month. In this way, 400 end users of the services of the Association for Sports and Recreation of Persons with Disabilities from Kragujevac will be helped.

The Belgrade Marathon is over, but you can still support the campaign with an online donation on the Donacije.rs platform or donate food through the Belgrade Food Bank.

If you run anyway, you may have already participated in one of these races or are planning to participate in one that has yet to occur. If you know of a charity race that is not on the list, write us to add it to the list and motivate as many people as possible to run for really good reasons.