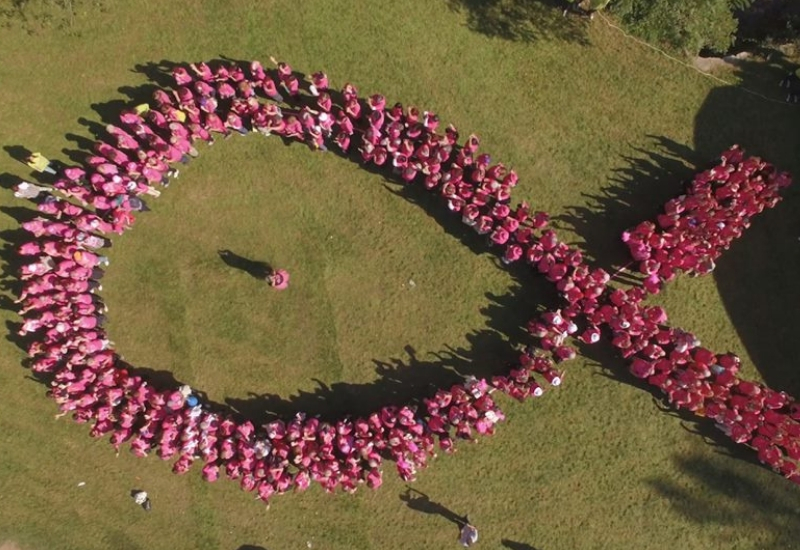 In the runup to Breast Cancer Awareness Month (October), Zagreb and Sarajevo are hosting 2 great events for raising awareness on breast cancer and highlighting the role of a healthy lifestyle. So make use of the Indian Summer to go outside, get some exercise and help the global fight against breast cancer.

First one on the agenda is Pink Run in Zagreb, organized by Europa Donna Croatia. The race will be held on 22nd September, at lake Bundek in Zagreb, starting at 18h. Registration costs KN 120 (about EUR 16) and you can register via this link by 20th September. And if you’ve been skipping gym lately no need to worry! You can choose what distance you want to run: 5 or 10km (1 or 2 laps).

But just in case running really isn’t your cup of tea, make sure to come along anyway, as there will be plenty of other activities going on from 16h to 21h. These will include healthy food tastings, talks and cooking workshops, and a rich musical program, topped with a performance of the band Big Bang after the race winners have been announced.

The second event, Race for the Cure® is part of a global initiative of walking and running events organized by Think Pink.The organization brings together local breast cancer organisations, hospitals, support groups and governmental organisations in several European countries.

Race for the Cure in Sarajevo will take place on 30th September outside of Sarajevo City Center Shopping Mall starting at 11h. Registration fee costs just KM 10 (about EUR 5). The revenue from the registration fees will be used to provide mammography screenings in rural areas of Bosnia and Herzegovina and care package for each woman who has underwent  breast cancer surgery in Bosnia.

Last year the race had over 7,500 participants and this year the number is expected to exceed 8,000. Registration can be done in person at Festival MESS in Sarajevo, every day from 10h to 19h or online here.

Either Zagreb or Sarajevo - see you at the finish line!