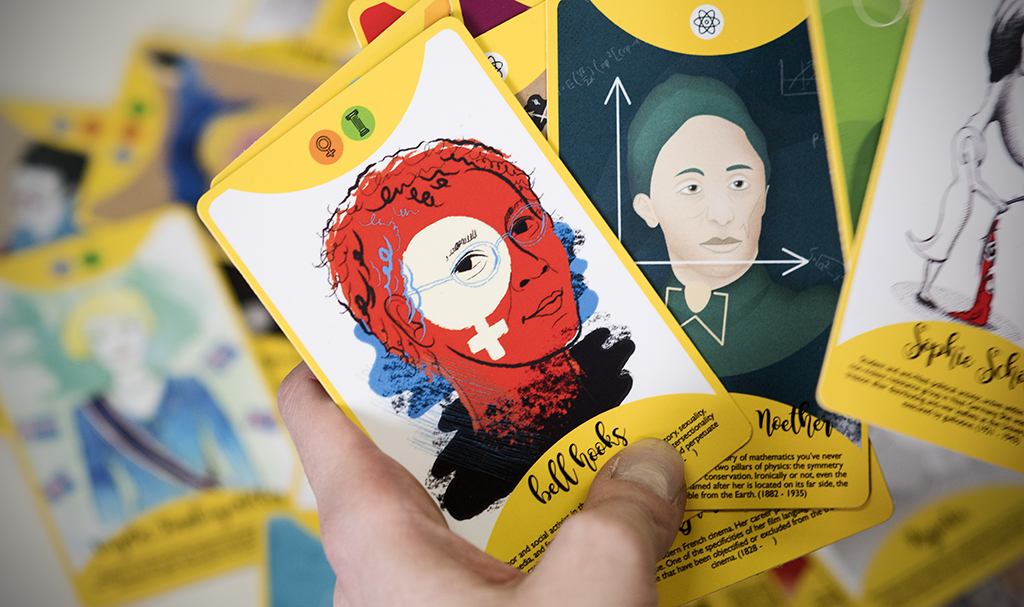 The crowdfunding campaign "Fierce Women" was started by the organization the Space of Gender and Media Culture K-Zone, which advocates for gender equality, social justice and independent culture through a non-profit media source called VoxFeminae.net and Vox Feminae festival.

"Fierce Women" is a board game which consists of 56 cards with illustrated portraits and short biographies of women who have contributed to the society in the fields of art, science, politics, feminism and activism. This game provides the opportunity to raise the issue of gender equality in a subtle way in social circles. The rules are simple, and thanks to its educational component, the game is suitable for use in classrooms and workshops.

By supporting this campaign, you support the development of products that promote gender equality, tolerance and inclusion - this board game is just the beginning of a rising movement. All funds raised through this campaign will be invested in the production of 1,000 card packages for commercial distribution, and the money acquired through commercial sales will be invested in the development of a social enterprise through which new forms of such products and services will be developed, in cooperation with local artists, activists and scientists .

If you want to contribute to this campaign, you can do so on their Indiegogo page.