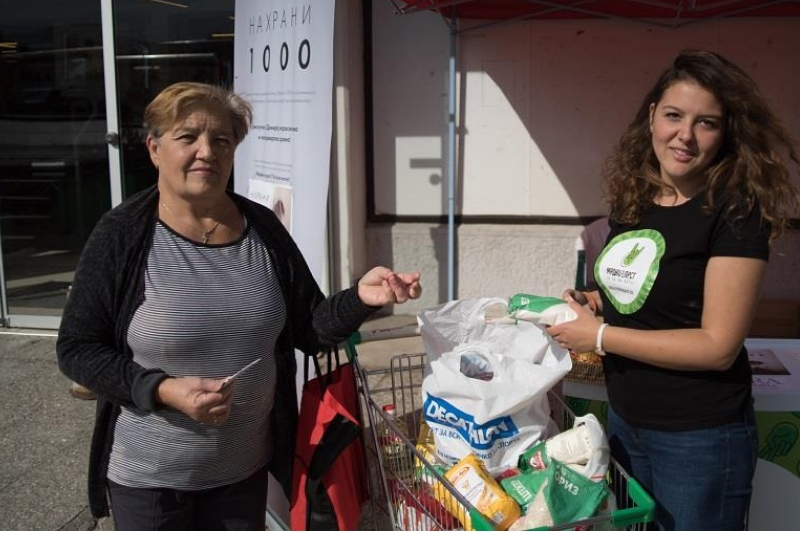 Citizens’ initiative “Move Your Finger”  (Мрдни со прст / Lëviz me gisht) opened a call for food donations for citizens in need as part of the nationwide “Feed 10,000” (“Нахрани 10,000“) campaign.

The campaign, previously called “Feed 1,000”, brings together several organizations and is aimed at collecting food donations locally and distributing them to socially vulnerable groups. This year, the hope is for it to grow even bigger, with a month-long series of events taking place in ten cities: Skopje, Bitola, Kumanovo, Prilep, Strumica, Radovish, Gevgelija, Gostivar, Kocani and Vinica.

The first event will take place on 6th September, from 10am to 7pm. Citizens in the ten cities will have the opportunity to donate food, while members of the organizations will work with homeless people on the spot, and provide custom-made packages to suit individual living conditions. The rest of the food will be distributed to those who cannot attend the event afterwards. Foods which are not easily perishable such as dry and canned foods are encouraged, but the presence of people on the spot means each donation can be put to good use!

In the runup to this event, “Move Your Finger” reached out to festival-goers at Akto Contemporary Arts Festival in Bitola and collected food donations, while last year they raised donations of clothes during D Fest in Dojran.

Make sure to check out the Facebook event on location details for this great initiative and take part in the nearest city!