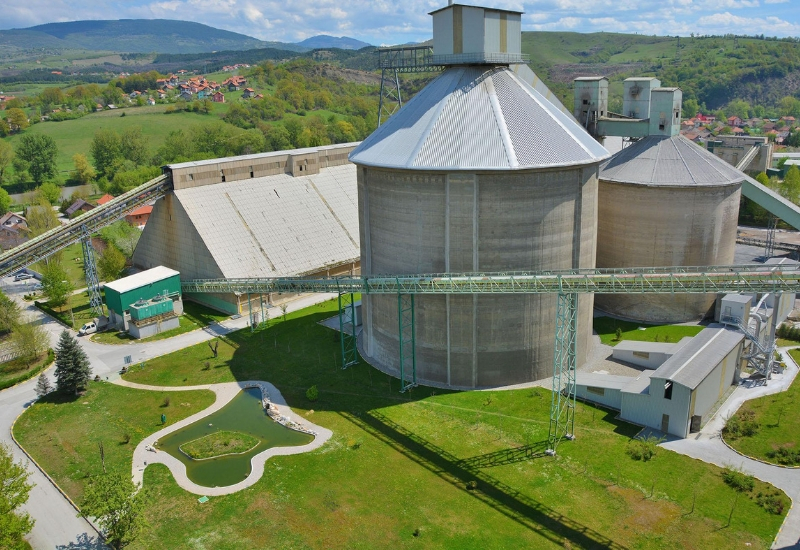 To mark its 40th anniversary, cement factory Kakanj has presented 2 symbolic donations to the city of Kakanj on 5th October: about EUR 20,400 (that is KM 40,000) for the purchase of a digitizer for standard radiography and 40 mBot robots for programming for elementary schools.

The cement factory is known for its social responsibility with earlier initiatives including a long-term support to the City library and a donation of 15 computers to one high school.

Apart from this valuable medical device, this most recent donation will also bring 40 mBot robots to schools in Kakanj. The robots are used as a unique method of teaching coding/programing which also helps children grasp the basics of electronics and robotics.

"In the previous years we have really gotten used to the cement factory always offering a helping hand to Kakanj, to its citizens, and demonstrating its sensitivity, good will and the noble intentions toward the widest range of civil society, to sports collectives, the municipality of Kakanj, religious communities and all other institutions and organizations which are vital for the functioning of our community. Something which I am especially thankful for is the company's continuous care for its employees and retirees, for never forgetting them. In that sense, I invite the company to continue their work within the local community in a similar fashion", said Slaven Katić.

Apart from different initiatives of social responsibility aimed at their own employees as well as the wider community, Kakanj cement factory has also shown responsibility towards the environment. It has launched several projects aimed at improving environmental protection and minimizing the harmful impact of the factory itself.

Optimization of the manufacturing process allowed for lower dust and emissions of other harmful gases, as well as a reduction in noise emission and improved the use of alternative resources. In addition to that, projects for water (installing filtration systems) and soil protection have also been initiated.