Initiative My Hair Your Hair Comes to Mostar | Giving Balkans

Initiative My Hair Your Hair Comes to Mostar 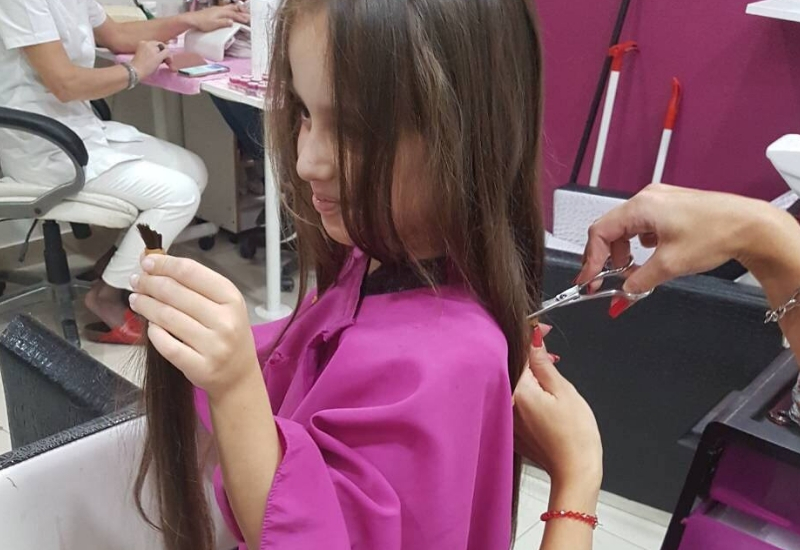 Initiative My Hair Your Hair Comes to Mostar

The campaign run by the Organization Heart for Children (Udruženje srce za djecu) is aimed at collecting hair donations for making wigs for children and young people living with cancer. The campaign has run since February 2017, and the latest event was held in Mostar on 29th September.

The Organization Heart for Children with Cancer (Srce za djecu obolelu od raka) was founded in 2003, and has since run various programs for supporting children and young people with cancer and their families. One form of support is making wigs, which are often very important for improving the self-confidence of children who have lost hair during treatment. This is of not insignificant as the Institute of Health Insurance Bosnia and Herzegovina does not cover the cost of wigs as medical aids.

This is why the organization held the first public hair collection event in Sarajevo on 15th February 2017, on the International Childhood Cancer Day. At the end of the year, they also launched workshops for making wigs and training wigmakers, which are led by Jasmina Hadžić Ajanović, head wigmaker for the Theater 55 in Sarajevo. The training was completed on 28th September this year, and 12 people have successfully mastered the art of making wigs.

So far, the initiative My Hair Your Hair has helped create and give out 23 wigs. The wigs are available free of charge, to every child with permanent or temporary hair loss.

From the start of 2018, My Hair Your Hair has visited several cities in Bosnia and Herzegovina: Tuzla, Bihać, Vitez, Tešanj, Zenica, Banja Luka and finally Mostar, where 77 donations of hair were collected. At the end of the year, an event is going to take place in Sarajevo.