5 Key Principles of Inclusive Language and Why they Matter 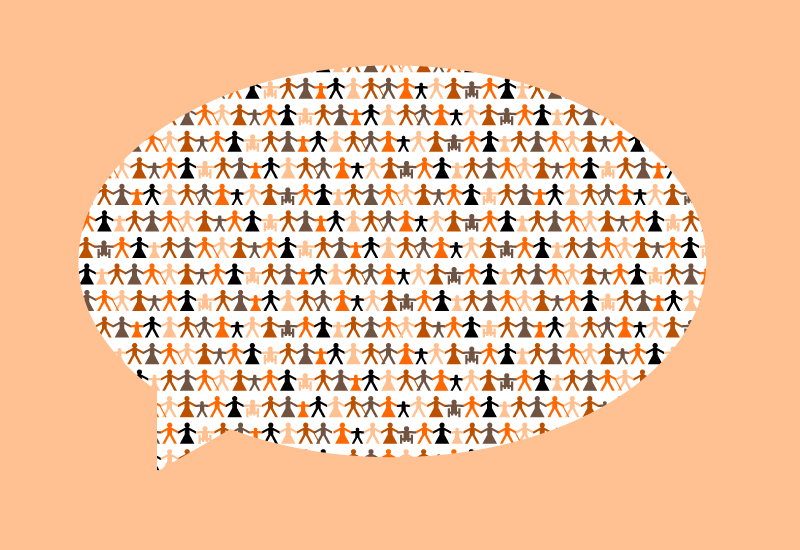 5 Key Principles of Inclusive Language and Why they Matter

In last week’s blog we discussed how the nonprofit sector has to start using everyday language instead of NGO jargon. Writing an article or a blog is not the same as writing a project proposal, which usually follows a very strict bureaucratic form.

However, using everyday language which is simple and clear does not excuse being insensitive to the feelings of people we are talking about. Especially since they are often people whose status in society is already difficult. And their stigmatization and exclusion certainly doesn’t contribute to the solution of the problem.

This is why today we will be talking about inclusive language and 5 general principles which will help you grasp its basics.

What actually is inclusive language?

A lot of people will immediately assume that it’s exactly the same as political correctness. And they will be wrong.

If you type the words “political correctness” into your internet search engine, you will come across a great number of articles which have a critical approach to this phenomenon. You will also see that most of these articles find that “political correctness has gone too far”, sometimes offering funny examples of how that may seem.

However, that is not the gist of the problem.

Inclusive language, on the other hand comes from within. Using inclusive language is a conscious effort to communicate in a way which is fitting to the values we stand for – such as respect for, acceptance and inclusion of different people in our community.

This is a moment to be quite honest – we are not always entirely certain what the best way is to speak about certain topics. What we do know for sure is that there is one argument against inclusive language, which is used more often than others, but which simply should not have a place in the discussion. That is of course the infamous statement:

I don’t want to speak that way. It sounds strange.

Language changes as do we. A hundred years ago it was unthinkable to use as many foreign words on a daily basis as we do today. And yet if we these elusive rules of language allow us to use words like restaurant, then surely we can make a few more exceptions.

Especially if the reason for them is showing solidarity, acceptance and including people who are often faced with exclusion and societal prejudice.

Using inclusive language doesn’t have to mean any additional effort, nor should it discourage you from developing your unique and original style in communication.

The most important instruction we can give you for mastering inclusive language is the willingness to include the greatest number of people possible when you communicate.

You’ve got that? Great!

Then you’re ready to go thought these 5 key principles which will help you to transfer your message in the best possible way and communicate it to the greatest number of people.

1. Avoid words with a negative or passive meaning

One of the most important examples here is the use of the word “victim” (of violence, abuse etc.). This word doesn’t help the empowerment of people who have experienced violence and instead creates an image of a helpless, passive participant with the reader.

A more appropriate term is the word survivor or people who have experienced violence/abuse.

But there are further examples.

When talking about illnesses, a very commonly used expression is “suffering from”. Instead, it is much better to talk about “people with” adding the name of the illness at the end.

The former example again creates a perception of people with certain illnesses as being helpless victims, rather than persons who not only live with these conditions, but more often than not exhibit an impressive degree of strength in fighting them.

Similarly, an interesting problem is another often used expression “person battling” a certain disease. Although the choice of the verb is made to encourage people with certain illnesses, it is possible to take a different viewpoint. Namely, when we speak of “battle” one might also draw the conclusion that people have a certain disease simply because they haven’t been fighting hard enough.

2. Focus on people, not on traits

What is more important – a person or their physical characteristics?

You probably already know that instead of the term “handicapped” we should use “people with disabilities”. The reason being that in this way we speak of the person first and only then about their physical characteristics.

A somewhat less recognized example is that instead of words like “the blind”, “the deaf” etc. we ought to use “people with hearing/vision impairments”.

Of course, a contra argument in this case would be concerned with possible misunderstanding about whether the person has only a mild vision impairment (for example wears glasses) or cannot see at all. However, this is something which in most cases become clear with context.

The same principles are applied when we talk of diseases, so for example we wouldn’t say epileptic but rather a person with epilepsy.

The fact that we shouldn’t put a person’s physical trait or illness before the person, also doesn’t mean that we should euphemize things or use words which do not reflect their true nature.

You’ve probably come across the expression “children with special needs”. In particular when it comes to kids, many people are quite sensitive and often use euphemisms wanting to create a more socially inclusive environment.

However, inclusion doesn’t mean ignoring the facts. Quite the contrary, it means understanding and accepting differences.

This is why a much more appropriate term here would be “children with developmental disabilities”. In this way we express the factual nature of the kids’ development, but also do not create a negative image as would be the case with the now very much outdated term “mentally retarded”.

Similarly, in everyday language we have a habit of calling younger women and men, girls and guys. While this is perfectly fine in certain informal situation, if your target group consists mostly of people over the age of 18, you should try to address them as women/men. Even if the person you’re speaking to is younger than yourself, you should not treat them as a child, but rather as an equal.

And now we reach the big topic: gender and inclusion.

Gender studies are a whole academic discipline, which among other topics also examines linguistic issues tied to gender identification. The basis of the dilemma is the difference between sex (which represents the biological sex defined by the reproductive organs we are born with) and gender (understood as a social construct, or rather the way a person identifies). This means that apart from male and female, people can also be: transgender, intergender, cisgender, non-binary etc.

When this complex topic is transferred into the area of language we reach two key issues:

The first question has one obvious example in a number of languages (not English though), and that is the names of professions.

In certain languages, when you talk of people’s professions you ought to include the male and female form. (It is interesting that Google only started including both forms into Google translate results last year).

This is however something most people do bear in mind, even if they don’t always apply it – for example in shorter forms, such as social media posts (especially those where you are limited by number of characters), sometimes it’s fine to use just one form.

A somewhat more complex issue is the fact that some people (in relation to the different understanding of gender) prefer that we use the pronoun “they” when we talk about them, rather than the more common “him” or “her”.

Which leads us to the other questions – why should we respect that?

This question can have a number of different and sometimes contrasting answers. Some claim that gender inclusiveness in language is a necessary step in overcoming gender inequality in society, meaning that it is advisable to use gender neutral terms as much as possible.

Others, like Jordan Peterson, find that this limits our freedom of speech, and that the empathy argument is used simply as a pretext for political propaganda.

And argument on the other side of the ideological spectrum is offered by Slavoj Zizek, who sees putting too much of a focus on gender terminology as barrier in resolving more pressing societal problems, such as social and economic inequality (of men and women).

And while we eagerly await the recently announced debate of these contemporary thinkers, in this particular case we cannot side neither with Peterson or Ziziek.

We believe that it is important, even commendable to question existing assumptions on this topic – but we must always bear in mind that our own community is comprised from people from very different parts of our society. This means that more than other perhaps we should be ready to learn, listen and understand the people we are addressing.

Ok, this might seem a bit too obvious – of course you are thinking about what you are communicating!

And yet, it is never a bad idea to stop and truly think about the context of everything we just discussed. When is it acceptable to use just one form (male or female) of a noun, and who can we address as “girls”? If we say that someone is fighting an illness are we truly creating a perception of an empowered person or instead an inadequate vision of reality?

Apart from that, it is very important to consider whether we too have subscribed to certain stereotypes. Negative stereotypes, especially those tied to nationality have long been recognized as harmful and most of us does avoid this kind of labels. However, the danger of stereotypes exists even with those that are meant to create a positive image.

So, for example, when we talk about the achievements of a person with disability, or someone with illness, or a person who is a member of marginalized group, insisting that this case is somehow “special” might actually create a very bad and false image. Just as  it is necessary to consider the perhaps difficult situation these people find themselves in, we should also avoid suggesting that them making a contribution to society is something incredible or particularly uncommon.

Another example are elderly people. Here too it becomes quite obvious how much the world has changed – there was a time when people in their 30s were considered older. So try to avoid expressions like the old, or old people, and instead try to use elderly or older people.

Today there exists a number of data and even scientific studies which show that the way we speak shapes the way we think.

Focus on people and choose your words carefully. Think about what they mean and what kind of image they create with others. Be ready to accept the wishes of those you are talking to and adapt your language accordingly.