Humanitarian events in the region: What does it look like when sports, music, art, and philanthropy come together? | Giving Balkans 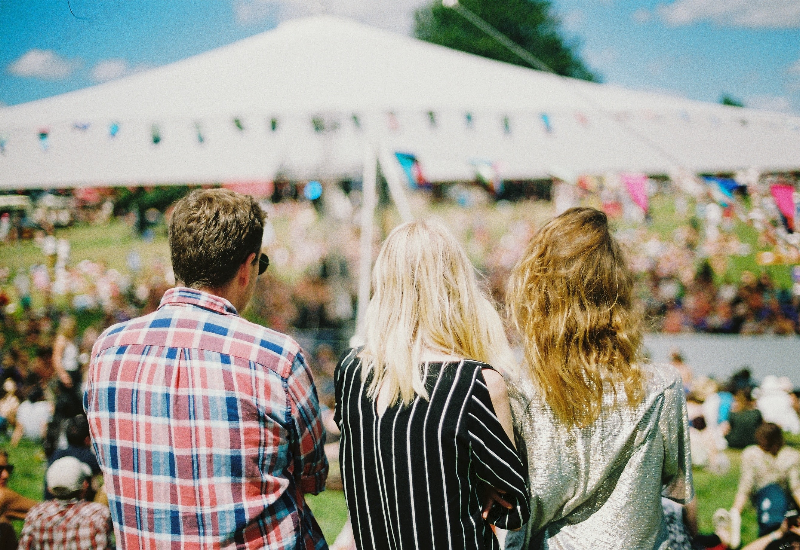 Summer is upon us, which means that many concerts, festivals, sports, cultural and various other events await us.

Lately, many events have a humanitarian touch, so maybe that component will prevail when you choose where to go and what to participate in.

Today we looked back at recent events with a humanitarian character. Here's how organizations, companies, and individuals support their communities throughout the region by organizing festivals, concerts, auctions, races, parties, and other events.

A festival was recently held at the Zabjelo stadium, where Zoster, Partibrejkers, Darko Rundek, Ekipa, and the band Parampaščad performed.

The collected funds will enable FK Zabjelo to cover operating expenses for the entire competitive year and invest part of the money in further development and the launch of the club's younger categories. On the other hand, Bikers of Good Will will add at least one more to the list of projects they are working on, which will be directed towards the care and education of the youngest, the Foundation announced.

This year, UNICEF is organizing the traditional humanitarian race, the Milky Way, which will gather participants of all ages from all over Croatia, from September 9 to 18, with the help of a mobile application and at events, on thousands of paths to support the mental health of children and young people in schools.

Only ten days after the start of applications, more than 1,000 participants were registered for the race. This year, the race is supported by numerous partners, companies, and people from public life, recently announced by UNICEF.

Funds collected through donations will be invested in training teachers and other professional staff in schools and student dormitories to recognize mental health problems in children and young people and provide psychological first aid and support.

For more information and to apply, visit the Link.

In the organization of the branch New Wave, The Rotary Club of Rijeka, in cooperation with the sommelier, Danijela Kramarić, and the Istrian winemakers, recently held the humanitarian event Drop-in silence.

The action in which HRK 30,000 was collected was intended for the Association of the Deaf and Hard of Hearing of the Primorje-Gorski Kotar County.

First, I would like to thank the winemakers for the significant donations. They made it possible for this event of ours on the terrace of the Ambassador Hotel to be so successful. On the other hand, thanks to everyone who came because the registration fee was HRK 200 and those who participated in the wine auction, said Teuta Duletić, president of Rotary's New Wave.

For the treatment of a sick girl, he put a collection of jerseys up for auction

Kemal Kemo Papračanin from Tuzla decided to sell his collection of jerseys and donate all proceeds to the treatment of the girl Lejla Tanović, who is undergoing treatment in Turkey because she was diagnosed with a brain tumor.

A few days ago, a humanitarian event was organized in the courtyard of Jala Elementary School bazaar selling Bosnian food prepared by students and their parents. Papračanin joined in the action, putting jerseys from his collection on sale on Saturday. About 2,000 KM was collected in less than 24 hours.

Anyone who wants to help themselves can pay their donations in the name of Lejla-Nea Tanović, and account number 107791272 opened at NLB Banka dd Sarajevo Tuzla Branch, transaction number 1327300000000566.

Students of the second grade of the Hristo Botev elementary school from Dimitrovgrad recently performed a humanitarian event on the summer stage of the National Library in this city, where 33,180 dinars were collected.

The funds are intended for the Imagine Life Foundation to support their Program for improving the quality of life of endangered and vulnerable groups.

At the Actors Singing concert, 1,800 euros were collected for the treatment of children

Another humanitarian concert was held recently in Podgorica with the aim of supporting the Be Humane Foundation.

It was held at the CKZ Ribnica, and actors from the Podgorica City Theater took part.

One thousand eight hundred euros were collected from ticket sales, which will be distributed equally to all active users who are waiting for their treatment.

CKZ "Ribnica" was filled, and we sent a message to all our children - you are not alone, you have us, they said from Foundation.

Tuzla bikers organized a ride, barbecue, and entertainment for children without parental care

Under the slogan Bikers, friends of the children, members of the Tuzla Motorcycle Club organized a humanitarian action for the residents of the Home for Children Without Parental Care in Tuzla a few days ago.

After the donations were handed over, there was a traditional socializing with the little ones with a barbecue, a party, sports activities, and riding motorbikes, which the children enjoyed the most.

These children need attention. We appeal to the awareness of all other organizations and associations to help these children. Spending the day with them is an extraordinary emotion and feeling. When you put a smile on the faces of these children, it is something indescribable; they said from MK Tuzla for tuzlanski.ba.

Former handball player Sead Mulić is a collector of jerseys, and sports acquaintances helped him create a rich collection. Mulić recently decided to put all the jerseys on auction and help the children at the Children's Disease Clinic of the University Hospital Tuzla, reports 6yka.com.

The auction of Sead jerseys will be carried out in four stages because, as he says, he wants to make a good organization and promotion and collect as much money as possible.

The first phase will be an auction dinner with several jerseys. The second stage is the auction on the Facebook profile, where the largest number of jerseys will be. I am doing this so that this story reaches as many people as possible and that as many offers arrive. The third part is donations from private individuals, public institutions, and people who can support this project. And the last part is a humanitarian match, about which I cannot say more because the negotiations are ongoing.

More than 50 athletes and coaches supported the action, and more than 100 jerseys are expected to be available for bidding at the auction.

A replay of the Sarajevo derby collected 73,500 KM for the treatment of citizens

Organizing a remake of the derby between Željezničar and Sarajevo, played on May 2, 1996, at the Grbavica Stadium, the Pomozi.ba Association collected 73,500 KM for treating men and women who need this type of support throughout Bosnia and Herzegovina.

The collected funds are directed to the Fund Sports for Life, which Pomozi.ba Association was established in cooperation with Edin Džeko and Mirza Teletović.

Since we founded this Fund, which brought together numerous athletes and sports teams until now, we have paid about 150,000 KM for treating the sick. The funds we collected through the replay of the first post-war derby are also significant to us because daily we receive several dozen requests for help treating our sick citizens, and it is difficult to respond to them, as pointed out from Pomozi.ba.

Donations auction GivingCircles 2021 was organized this year too by Partners Albania for Change and Development. Through this event, a total of 2,100,000 ALL were collected by companies and individuals participating in the event. These funds will be used to finance three different projects:

1. Healthy Children, healthy community - an initiative of the Albanian Center for Family Development / ACFD will contribute to the establishment of dental services at the Community Center "Gonxhe Bojaxhi" to provide services to over 400 children of Administrative Unit no. 4, in Tirana.

2. Pop-up book! - an initiative of SHKEJ will contribute to creating a friendly, literary, developmental, and innovative space on the premises of the school "Ferraj" which 148 students attend.

3. Good luck, our grandparents - an initiative of Roots Ngo will contribute to constructing a recreational space for the elderly in the city of Shkodra.

The International Humanitarian Photo Contest CEWE Photo Award has recently started, in which you help the organization SOS Children's Villages Croatia by submitting your photos.

The fifth edition of the CEWE Photo Award began with the well-known slogan Our world is beautiful. Photography lovers can submit amateur or professional photos in as many as ten categories. Each participant can submit up to 100 photos. For each submitted photo, CEWE donates €0.10 to SOS Children's Villages - in Croatia and around the world.

For more information and participation in the competition, visit the Link.

Sign up for our newsletter for suggestions, recommendations, stories, news, research, and exciting and valuable content about charity in the Western Balkans.