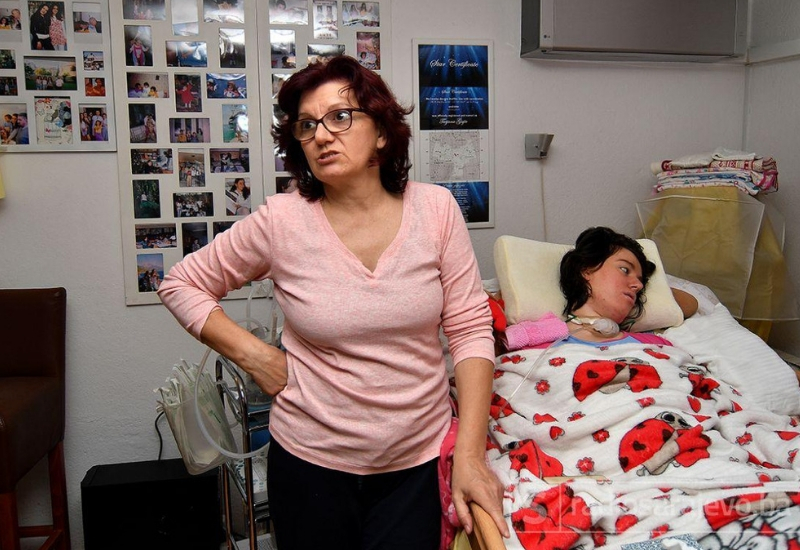 The sisters Tatjana and Milana Gajić from Banja Luka were both diagnosed with Lafora disease, which is a rare form of epilepsy, about 10 years ago. During the long treatment of their daughters, the family decided to make its own contribution to the global effort of finding a cure for Lafora disease, as one still doesn’t exist. Today, this family is the biggest individual donor for this cause in the world.

Tatjana Gajić passed away from the consequences of the disease in 2014, and Milana’s struggle is ongoing. In Bosnia there is just one more person living with this diseases, the 18-year-old Almina Salkić, and one more in Serbia – 13-year-old Ljubica Blečić.

Although rare, Lafora disease is rather serious. The progressive neurological disease starts suddenly, during adolescence, and in later stages disables vital life functions. As research related to this rare disease is mostly financed by the families of affected persons, Gajić family also decided to make their contribution to the cause. This year alone, the family raised about EUR 100,000 (USD 114,000).

After both of their daughters were diagnosed with the disease in 2007, in 2008 Snježana and Vitomir Gajić contacted professor Minassian, a resident of Sick Kids Clinic in Toronto, who had a significant research experience in the field. When doctor Minassian informed the family that the continuation of his research requires EUR 43,895 (USD 50,000), the family managed to raise this sum among their inner friends and family circles.

“We didn’t dare come out in the media with this immediately. We thought people would find us irrational. What right did we have to ask for researching one disease, when there are so many that have yet to be properly researched? After that first sum, if one could say so, we got lucky. The professor and his team managed to create a model of our Balkan, Lafora disease. They managed to cure the disease on a mouse test subject within a year. This was a tremendous step forward. The work was published and echoed very far in neurological circles”, said the mother, Snježana Gajić, herself a pediatrician.

Although the processes of further examination, and subsequent registration of the medicine are both very long, meaning that the medicine may only become available in 2020, the family is not giving up their humane mission. In the meantime, professor Minassian has moved to Dallas, where he opened a genetic laboratory, where he will also work on finding a genetic solution to the disease.

"He won’t work just on curing Lafora disease. As genetics has made a significant progress in the past few years, many illnesses have been recognized as genetic. We believe that this man can move frontiers, maybe even come up with a genetic solution. He is in Dallas at the moment and spends 5 days a month in Toronto, where he is still working with his team and overseeing their work. They are still working on it but have made significant progress on improving the cure. Insulin has been around for a while but is improved every year. This is the case here, the medicine being the first version, which means we can’t stop, but rather keep going forward”, said Snježana.

On the website launched by Snježana and Vitomir Gajić information can be found on how you can support this cause, as well as links to international organizations and institutions which support people with Lafora disease.