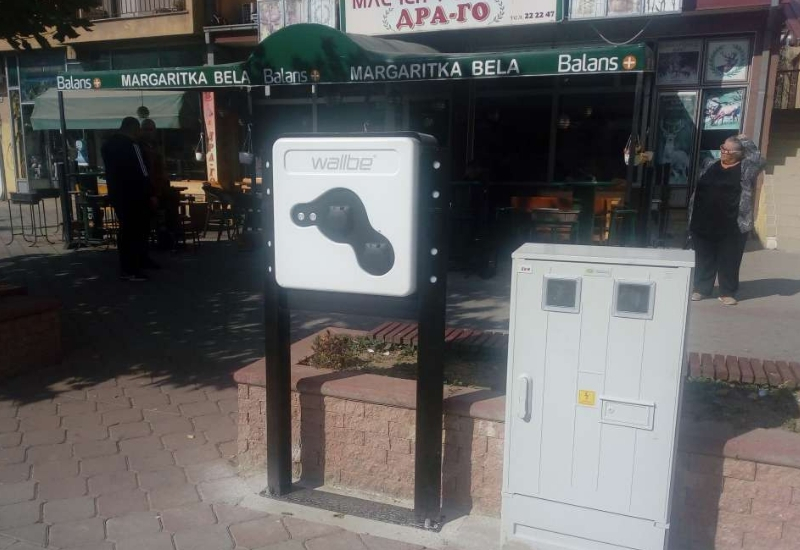 The electric car charger is located in the center of Kichevo and it allows for two vehicles to be charged at the same time. The donation is also a way of raising awareness on environmental protection.

At present the charger will mostly be used for mopeds and electric wheelchairs, but the hope is that this donation will also help raise awareness on the environmental benefits of using electric cars.

EVN is an electric company which previously helped the development of the community by supporting the opening of a daycare center for the elderly in Skopje and its employees volunteered at the care center for people with disabilities in Kumanovo.

“There are currently several mopeds, wheelchairs and a few cars powered by electricity in Kichevo, but in time as the utility and economic benefits of these cars are recognized, there will certainly be a lot more of them. If more charging stations are installed in the future, it would be advisable to place them in other locations, like the outskirts of the city, as this will save users considerable travel time. As far as I know, with a 30 min charge, electric cars can travel about 50 km, which is approximately the distance between Kichevo and Ohrid”, said Tino Aleksov, an electrical engineer and adviser in the municipality of Kichevo.

The donation is also very well timed, as the start of the heating season inevitably brings greater pollution, making an incentive like this, which encourages people to preserve the environment all the more important.