A Crowd of Santas Ran a Charity Mini-Marathon in Prishtina 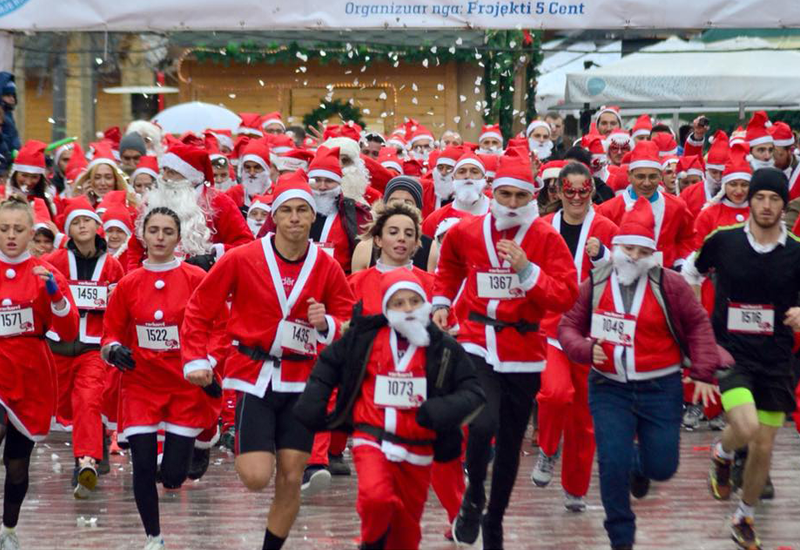 A Crowd of Santas Ran a Charity Mini-Marathon in Prishtina

People of Prishtina witnessed an unusual sight on December 17, 2017 - a large group of Santa Clauses, with numbers across their chest, gathered and ran a mini-marathon despite the cold winter weather, with a good cause warming them up - helping families in need.

A nonprofit organization called Projekti 5 Cent (5 cent Projects) was behind the unusual race, that is now becoming a tradition, with the motto Become Santa Claus and Bring Joy to a Family in Need. The aim of the project was to help families in need by gathering money from the sale of Santa outfits on the Zahir Pajaziti square in the month leading up to the event.

The project was supported by many donors - while the price of the outfit was EUR 10, buyers were also able to donate more than the symbolic price of the outfit, which was intended to be worn during the race, and so came with a starting number for the marathon.

Interestingly, the Santa marathon was joined by a group of runners on the Albanian seaside - employees of the NLB Bank in Kosovo, who was a supporter of the event and had purchased a number of outfits beforehand, but were unable to attend the event in Prishtina, organized a race and ran in support of the campaign and other Santas. The race in Prishtina was also joined by the organizers and supporters of the “You are a Sunflower” campaign, another great cause in Kosovo, showing good relations between the two nonprofit organizations.