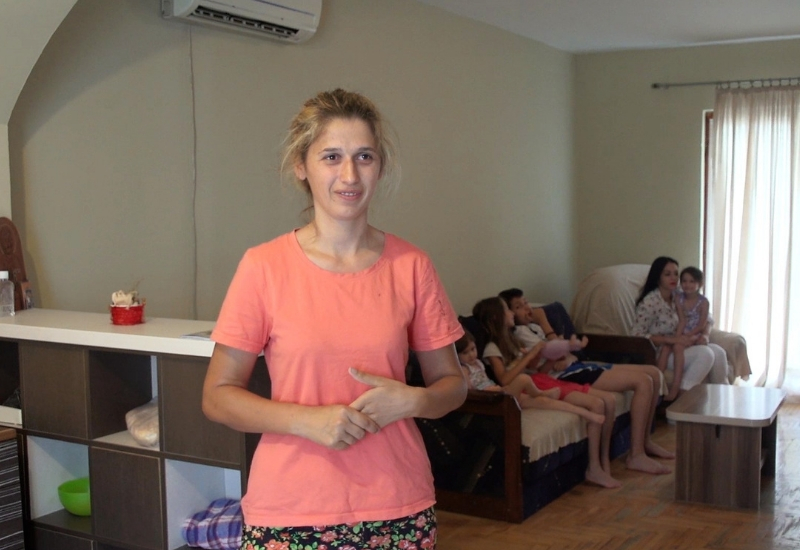 The campaign “Paint the Home with a Smile” (“Osmijehom oboji dom”) run by Chameleon Paints and Varnishes (Kameleon boje i lakovi) with the support of Maxima from Lučani, started in 2015, and since then has helped renovate homes for 10 socially vulnerable families in Montenegro each year. The last one is located in Zlatica, is the 6th one to be renovated this year and belongs to the family of Teuta Tusa.

The campaign is well known as it has reached 36 homes in the past 4 years. The organization Food Bank (Banka hrane) and Association Parent (udruženje Roditelj) help with making the selection of families, while priority is given to single mothers.

The choice this time was the home of Teuta Tusa, a single mother of 5, who rents an apartment in Zlatica. As she is still awaiting the court decision on the custody of her children who were born outside of marriage, Teuta receives no aid from the state. She provides for her family by selling clothes given to her by her neighbors at the local market. The neighbors as well as the landlords do try to help her as much as they can, but maintaining a fairly large apartment is a considerable task and one which Teuta could not afford herself.

With damages on doors and windows repaired and the walls freshly painted, the family home became a much more pleasant living environment.