Awards for Volunteering and Civic Activism Presented in Kosovo 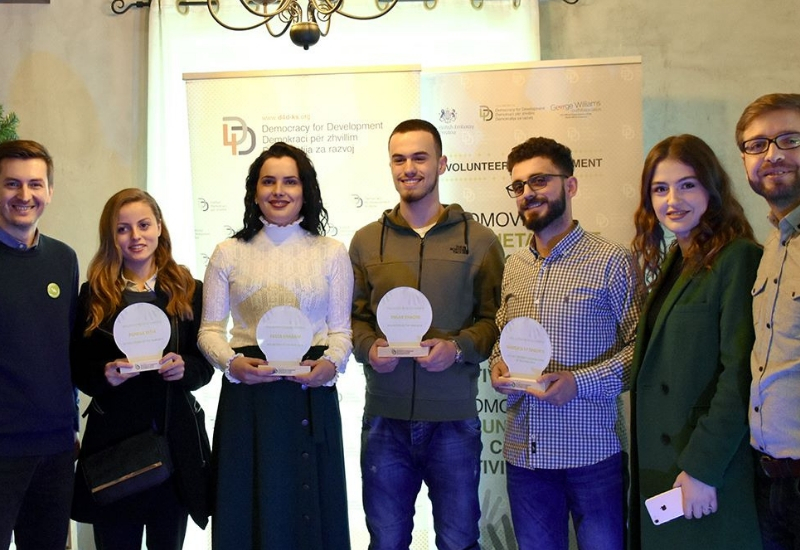 Awards for Volunteering and Civic Activism Presented in Kosovo

The awards were presented by Democracy for Development (D4D) on 5th December in Prishtina.

The awards which have been given out for the 3rd time this year are meant to recognize individuals and organizations who have gone above and beyond in their efforts to improve their communities. This year, the prizes were given in 2 categories: volunteering and civic activism.

A total of 109 applications was received and out of them, the judges selected 4 finalists. The winners come from fields of education, environmental protection, and advancement of youth policies.

The winners of the awards are as follows:

The awards are of course important as a way of recognizing the efforts of each of these individuals for creating a better community. However, they also serve as an example and a way of encouraging all citizens in Kosovo to make their own contribution and help the development of society.