Anonymous Donor from Sarajevo is Building a House for Family Poturak 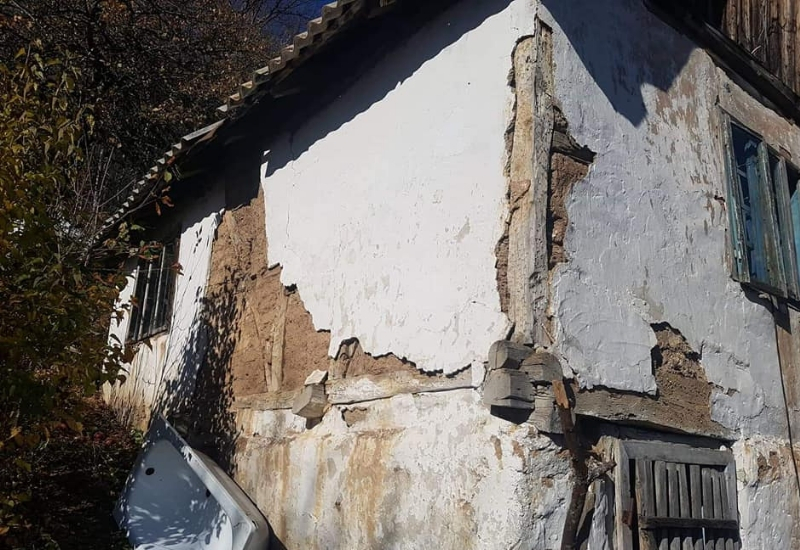 Anonymous Donor from Sarajevo is Building a House for Family Poturak

The deteriorated house in the village Drazmilo, near Gorazde, which doesn’t have a house and is missing parts of the roof is going to be replaced by a new one, thanks to an anonymous donor who visited the family, after the story of them was broadcast on television.

The family of Vahid Poturak, a former soldier who is living together with his wife and mother. The family is one of only 2 living in the village of Drazmilo. They live off EUR 60 (KM 120) a month of benefits, which Vahid’s mother receives. The house in which they live in has only one room, no bathroom, and parts of the roof and walls are missing, making life for the family extremely difficult.

After a story about them was broadcast on RTV BPK (Radio television of Bosnian-Podrinj Canton) the family was visited by a man from Sarajevo, who introduced himself as Sakib. The family and agreed on building a new house, with a living room and a properly equipped bathroom.

The donor in question is a company owner who is cooperating with local companies form Gorazde, and the building of Vahid’s house is financing together with a friend. The work will be done by Edjin Krajsinik from Gorazde, and transportation of the materials has already begun.

“A few days ago, a man from Sarajevo came to visit. He said his name was Sakib, he went around and we talked. Tvahoday, a truckload of gravel was brought and preparation for the work has begun. They say they will begin, and I only hope weather will stay nice. A lot of people has visited me, I couldn’t believe there are so many good people, and well done to them. They brought help, so my thanks goes out to them, even those who merely came by to ask who we are, how we are getting along, it makes my heart grow. We are fighting, but it’s not easy living hear. Each coming winter is another danger, every time it rains, the roof could collapse. I couldn’t do this on my own, and I don’t have the means to do it either. We have never gotten anything, although I did apply, also for agricultural machines. No one took notice and when I came to ask people for help, so that I could live and work, they would usually tell me that they would come around eventually. And they never did”, said Vahid.

The appeal for help for family Poturak, apart from individuals, was also heard by a newly founded organization Heart of Gorazd (Srce grada Goražda). The organization helped with a donation of EUR 50 (KM 100), as well as food donations.