At the 140th Anniversary of Red Cross Croatia EUR 76,736 Raised in Support of the Elderly | Giving Balkans

At the 140th Anniversary of Red Cross Croatia EUR 76,736 Raised in Support of the Elderly 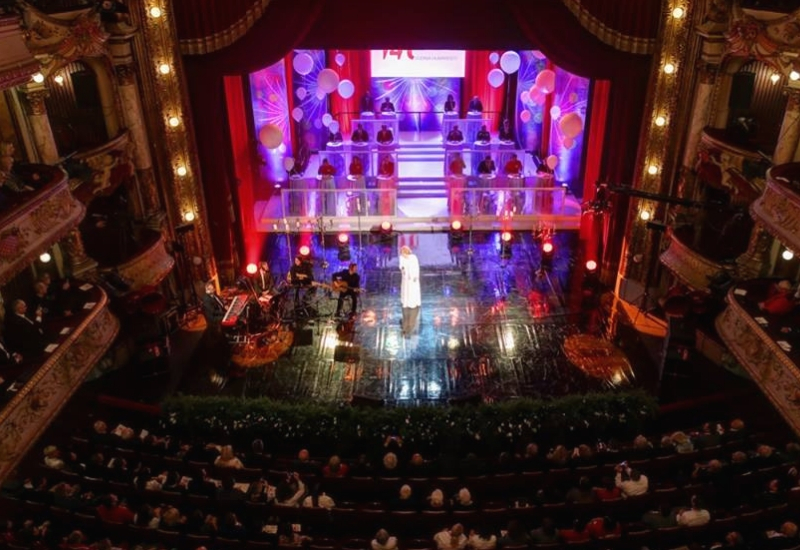 At the 140th Anniversary of Red Cross Croatia EUR 76,736 Raised in Support of the Elderly

The event was co-organized by the Croatian National Television (HRT)  and Red Cross Croatia, while funds were raised for their joint project “With us, You’re Not Alone – For a Dignified Life”. This entitative was launched in support of 140 of the most vulnerable elderly persons.

The celebration and charity concert held at the Croatian National Theatre on 21st October brought together around 600 guests. Alongside the main program, several public figures (politicians, actors, athletes, musicians) received telephone calls from viewers during the entire evening. The price of each call was directed towards the charity initiative while a total of EUR 76.736 (KN 570,000) was raised at the event.

The funds will be used for the purchase of stoves, firewood and improving the living conditions and providing food packages for 140 elderly persons.

The recipients will mostly include persons without an immediate family who could take care of them. This often includes people living in rural areas, in poor conditions with incomes insufficient for satisfying their basic living needs.

“What Red Cross does could set an example for the rest of us – to take care of those people with poorer healthcare and economic issues which prevent them from leading a dignified life. It is our responsibility to help these people and build a society based on solidary and caring for the wellbeing of others”, said Gordan Jandroković, President of Croatian Council, while presenting the Awards for special contribution in achieving humanitarian goals, to the President of Red Cross Croatia Josip Jelić, and and Executive President Robert Markt.

The initiative “With us You’re not Alone – For a Dignified Life” was launched on 1st October, on the International Day of the Older Persons. It will continue until the end of the month and further information on how you can support it can be found here.

Additionally, on the webpage of Red Cross Croatia, you can also find stories about people who will benefit from the money raised – their problems and the type of help they require, but also the inspiring life stories of these older citizens.