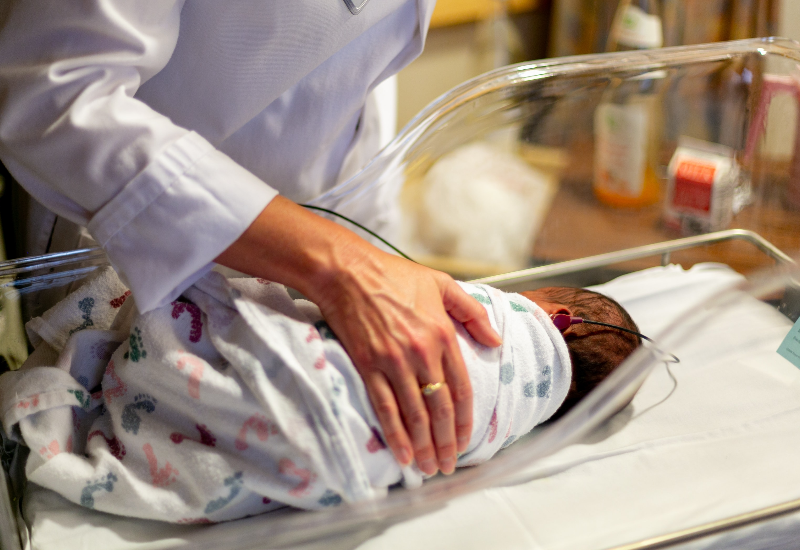 For years, healthcare has been a topic receiving significant support from citizens, companies and individuals.

Find out in today's weekly review of regional philanthropy –  how do citizens, companies and organizations support healthcare in their communities?

The Center for Neonatology in Kragujevac received a neonatal transport vehicle intended for the transport of prematurely born and sick babies worth more than 10 million dinars (85,000 EUR).

The donation is part of the UNICEF campaign Tako mali da bi u srce stali (Just about fits in a heart), which the organization launched with the aim of equipping and modernizing neonatal units in Serbia, and it was provided by the Delhaize company.

UNICEF has provided 12 neonatal ventilators and other necessary equipment for neonatal intensive care in Belgrade, Nis, Novi Sad and Kragujevac as part of this campaign.

Today, we have as many as 36 babies in the neonatal ward in Kragujevac, who are fighting for every breath with the tireless support of doctors. We thank UNICEF for gathering their partners around such an important campaign, because investing in children's wellbeing from the earliest stages is actually investing in the most important resource of every country, said Anđelka Stojković, director of the Pediatrics Clinic at the University Medical Center of Kragujevac.

Donation of the Banatski zaokret association to the Zrenjanin hospital

The Committee for Humanitarian Work and Volunteering of the Banatski zaokret (Banat Turnaround) Association handed over a donation of 17 mattresses to the Department of Pediatrics of the "Đorđe Joanović" General Hospital in Zrenjanin.

According to Banatski zaokret, the campaign is also an appeal to everyone who can help this department.

Our greatest wish in the new year is for all children to be healthy, says the Zrenjanin association.

Donation for the General Hospital in Novi Pazar

The Association Bosna-Sandžak from Izmir donated a set of surgical instruments to The General Hospital in Novi Pazar. The association has committed to continue supporting the hospital in the future.

These instruments can be sterilized and reused tens of thousands of times, and the value of the donation is more than 15,000 EUR.

The maternity ward of the General Hospital "Dr. Radivoj Simonović" from Sombor received a new cardiograph a few days ago.

The apparatus is a Bistos BT350 CTG device, which features a probe used to analyze the baby's heartbeat and uterine contractions of the mother. 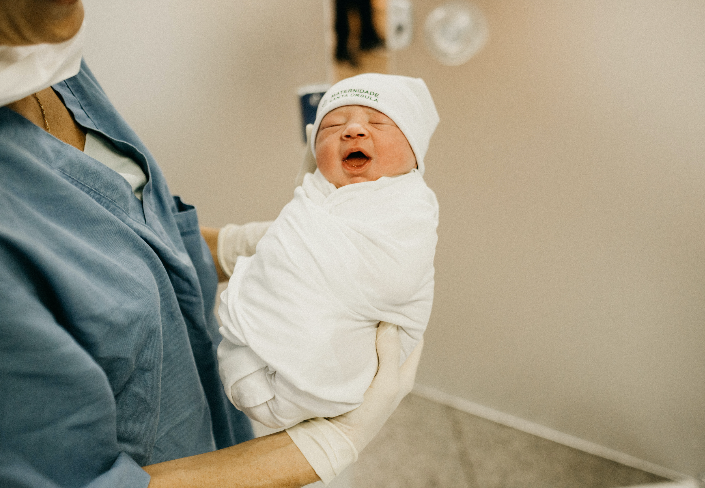 From the Heart for Tiršova

The campaign Od srca za Tiršovu (From the Heart for Tiršova) was launched by Mg Mivela , in cooperation with its partners, retailers Idea and Roda. You can support the campaign by buying an Mg Mivela 0.5 or 1.35 l water bottle in Idea and Roda shops throughout Serbia. With the purchase of each bottle between December 26, 2021 and February 10, 2022, one dinar is donated to the Department of Cardiology and Cardiac Surgery of the Tiršova University Children's Clinic in Belgrade.

The Ministry of Health of the Republic of Serbia joined the campaign From the Heart for Tiršova as well. The ministry announces that it will match the amount raised for the University Children's Clinic during the campaign to procure new medical equipment and create better conditions for treatment.

The Rotary Community of Montenegro, with the support of UNICEF, has launched a national fundraising initiative called Suviše mali da možemo sami (Too Little to Do It Alone) to help the Neonatology Center of the Institute of Childhood Diseases in Podgorica and provide equipment that can save the lives of prematurely born babies.

According to the announcement made on the occasion of the launch of this campaign, the fundraiser is organized to memorialize the support provided by UNICEF as well as the entire Montenegrin society at the Institute's establishment sixty years ago.

You can support this action by donating directly to the account set up by the Rotary Club with the NLB bank specifically for this initiative at 530-30362-10.

The charity campaign is set to last from January to April. The equipment purchased from the donated funds will be handed over to the Institute for Children's Diseases in Podgorica on the 60th anniversary of its existence, which will be celebrated in 2022.

As part of this initiative, Rotary clubs will organize charity events throughout Montenegro and meetings with business sector representatives to raise funds that will provide optimal conditions for survival and healthy development of all prematurely born babies in Montenegro, announced the Rotary Club Bar.

Laptops donated to the Special Psychiatric Hospital in Modriča

Representatives of the humanitarian organization Inicijativa za povratak (Initiative for Return) donated six laptops to the Special Hospital for Chronic Psychiatry in Modriča.

Sabine Radtka, a member of the organization, pointed out that it was a matter of supporting the hospital within the project titled: "Establishing a system of monitoring and support for patients after discharge". The project is being implemented with the aim of empowering the patients and helping their adaptation with their families and the local community.

The director of the Hospital in Modriča, Siniša Nikić, pointed out that the donation has great importance for the institution, which has had a seven-year-long intensive cooperation with the Initiative for Return, an organization from Germany.

Today's gift and donations from previous years will improve the quality of services to inpatients and former patients who have been discharged, Nikić points out. 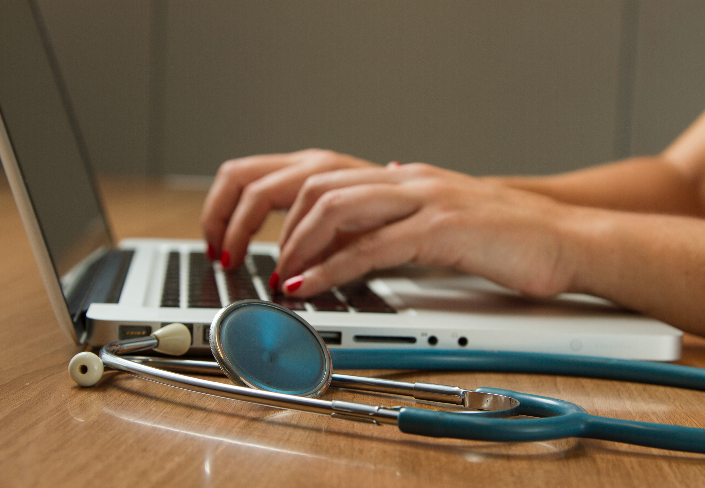 Support for the employees of the COVID center in Bitola

As part of their campaign Red Carpet of Charity, representatives of the association Badnikovi Povorki visited the COVID Center in Bitola during the Christmas holidays. They provided gifts for employees and patients and organized a festive holiday meal.

As part of the same action, the association also visited the Sue Ryder Home for the Elderly and provided food packages for people in need.

The Wings for Life World Run, a running competition taking place at multiple places around the world at the same time, will be held on May 8 this year with Zadar as one of the locations.

This race is also special in that all the income from the entry fees is donated to charity, the international organization Wings for Life , which deals with research into treatment for spinal cord injuries. Professional and recreational runners, as well as wheelchair users can participate in the race in three ways: by participating in the official race in Zadar, joining one of the races in other locations or by doing their individual runs with the help of the application.

For more information and registration, visit the link.

If you are not able to participate in the race, but you want to support its humanitarian goal, you can do so at this link. 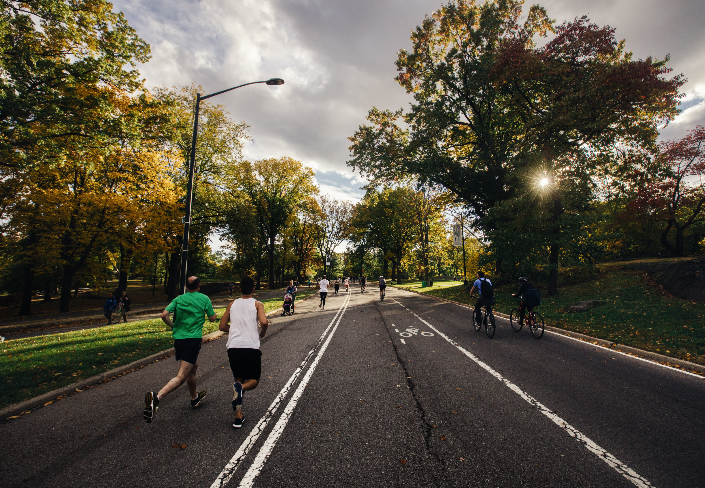 Donation for the hospital in Prizren

Kosovo Cyclists for Children is a fundraising event which has existed since 2014. Since then, 40-50 cyclists have been racing for charity each year. The course includes 500km of cycling and 6,000m of hiking. Through this action, funds are raised every year to purchase medical equipment for healthcare facilities in Kosovo.

The Kosovo Cyclists for Children initiative used the funds raised this year to procure the necessary medical equipment for the Prizren hospital. The 11,000 EUR that was raised allowed the purchase of two bilirubinometers and two baby monitors. These devices were donated to the Clinic of Neonatology and the Clinic of Pediatrics of the General Hospital "Prim. Dr. Daut Mustafa" in Prizren. 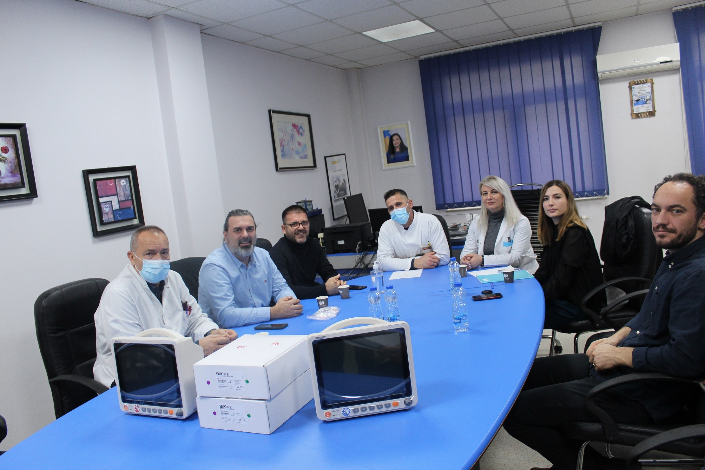 We also remind you that you can give your contribution to the community in various areas by supporting one of the campaigns on the Donacije.rs platform.