Virtus Champions of Philanthropy Awarded for the 11th Time 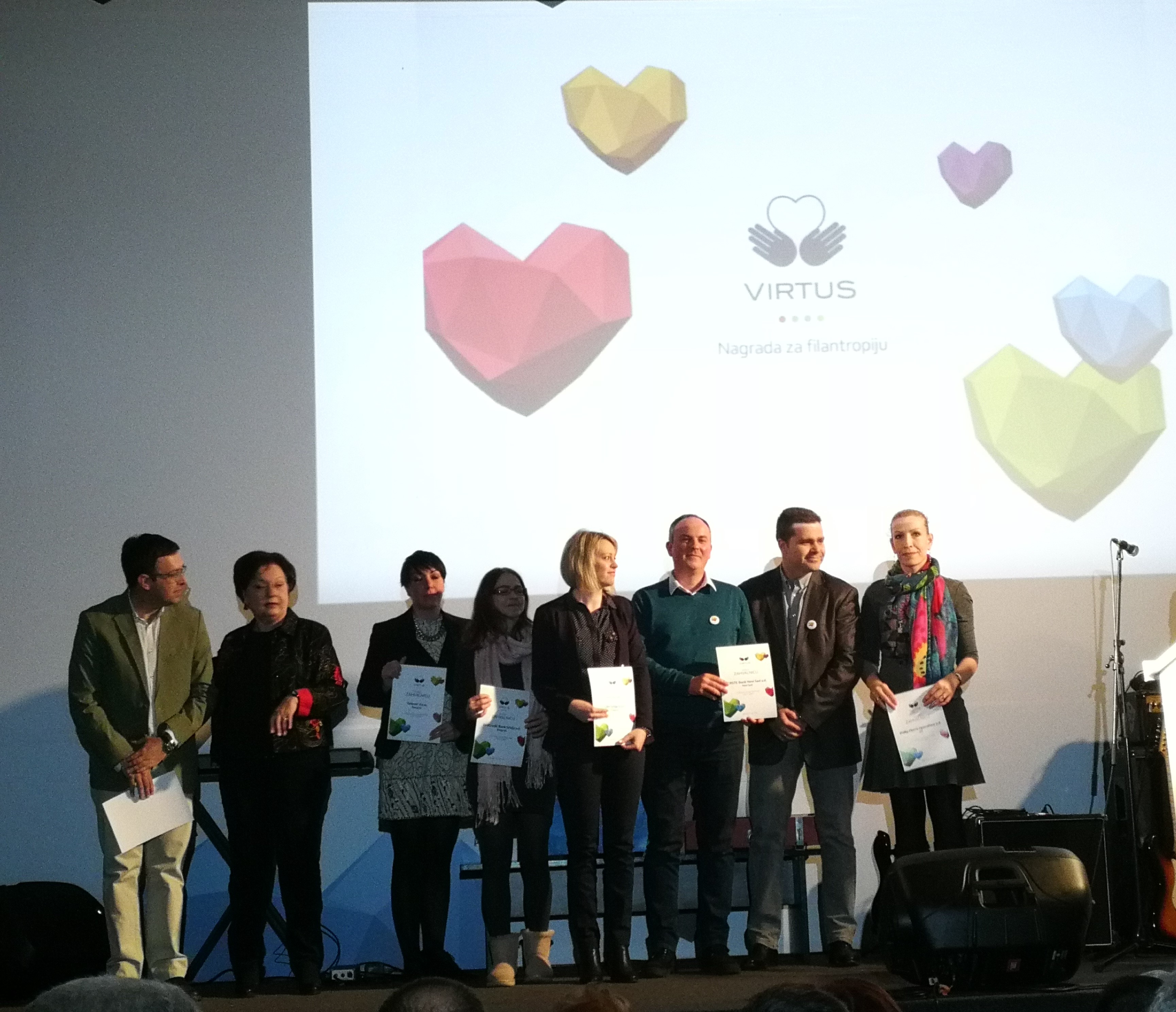 Virtus Champions of Philanthropy Awarded for the 11th Time

For the eleventh year in a row, the Virtus Prize for philanthropy was organized by the Trag Foundation. These champions of philanthropy are individuals, associations and companies that have contributed to the community development. 68 nominations were received this year, of which 30 were for individual philanthropists. 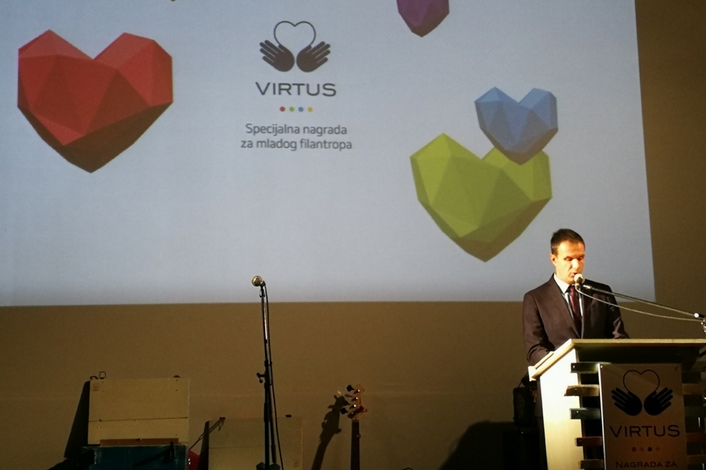 "The point is to award the companies and individuals that are contributing to community development through their work and affirming such stories in order to raise awareness of investment in the community. This year we have introduced a new category, the Young Philanthropist Award, because we want to recognize good examples among young people and to show that there are many people in that category who are trying to be active in their community "- says Trag Foundation Program Director Dragan Srecković. The first winner of the award for young philanthropists is Jovan Simić, founder of the "Together for Life" humanitarian organization. 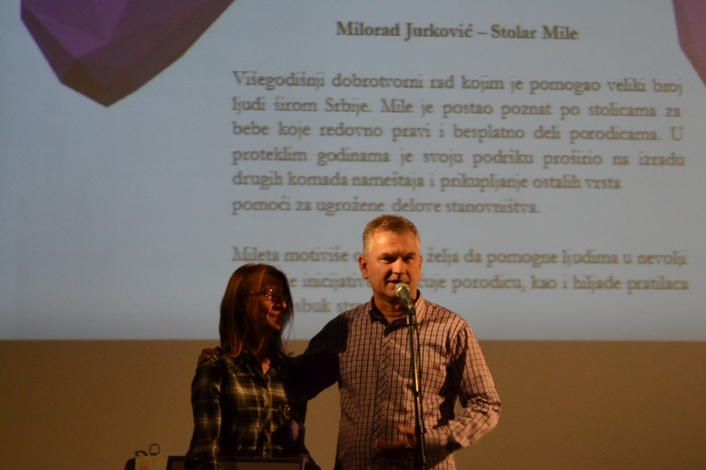 Famous Stolar Mile (Mile the Carpenter), Milorad Jurković, who has built 1,230 baby feeding chairs, received an award for individual contribution to the development of philanthropy in the local community: "I have been doing this since 2015. Since then, we have managed to build a large community of people who respond to calls through Facebook, where my page has over 60 thousand likes. Apart from baby chairs, we also made 11 chairs for children with developmental disabilities with the help of a machine donated by Divac Foundation, we also helped 23 families, purchased wheelchairs, medicines and everything that families did not manage to buy themselves. However, it's not just a matter of visiting them once, it's important to come back and see if these people have succeeded, push them up again until they get on their feet."

Corporate champion of philanthropy at the national level is Delta Holding for their "Fund for the Future" program.

"The project Fund for the Future engages with young people in need that are attending agricultural schools. They have internship on our land and receive a monthly scholarship, and after the program they have the opportunity to work in our company. What's new is that since this year children from catering schools have joined the program. In addition to this project, during the previous year, Delta implemented its long-term projects - Seedling For the Future and the Third Parent. In 2017 Delta also donated its third endowment to the City of Belgrade - the sculpture "Odande dovde". Sculpture is the work of Mrđan Bajić and Richard Dikon, and is located at the Sava Port" - says Tijana Koprivica, Director for Sustainable Development.

For the long-term partnership between the business and non-profit sector, the prize was awarded to the company "Nag" from Belgrade.

The Intesa Bank received a special prize for volunteering whose employees donated 6,500 hours of charitable work to non-profit organizations, and the award for the contribution to the local community in which the company operates was given to the Rudnik Flotation Mine for the adaptation of the Cultural Center, renovation of the two primary schools and Pensioners' house at Rudnik.

An award for long-term partnership between the business and non-profit sector was won by the company "Nelt", and the special award for individual contribution to the development of philanthropy in the local community was given to Vesna Bodžić, who helps women who are living with cancer.

At the ceremony, certificates were also given to all finalists, companies and individuals who entered the final round for the Virtus Award. The motto of this year's Virtus Award is that "good should not stay hidden". From the Trag Foundation point out that for 11 years now they have been working to promote champions of philanthropy - individuals, organizations and companies that through their activities help the development of local communities in Serbia and provide assistance to the citizens in need. 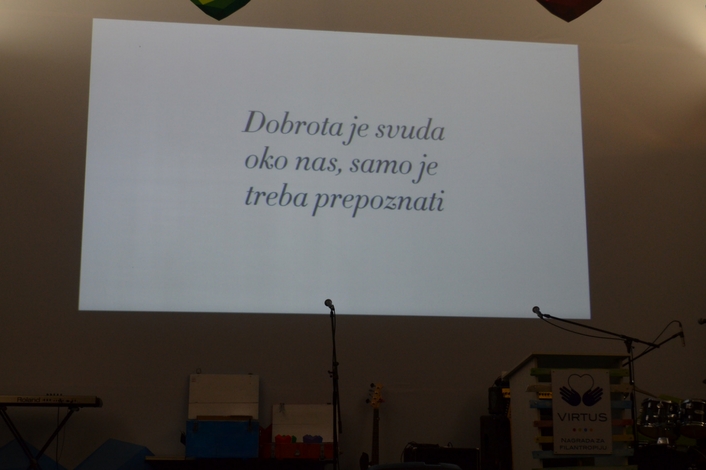 An award like this will surely be a big incentive for companies, especially individuals who are trying to strengthen their local community and help those in need. But, just as Stolar Mile says, "the greatest reward is when you help people, when you come back again and realize that you succeeded in helping them, that is the biggest prize, and that can not be understood, it must be experienced."