With More Than 1,000 Recorded Instances of Philanthropy, Croatia led the Western Balkans in Giving for 2013 | Giving Balkans

With More Than 1,000 Recorded Instances of Philanthropy, Croatia led the Western Balkans in Giving for 2013 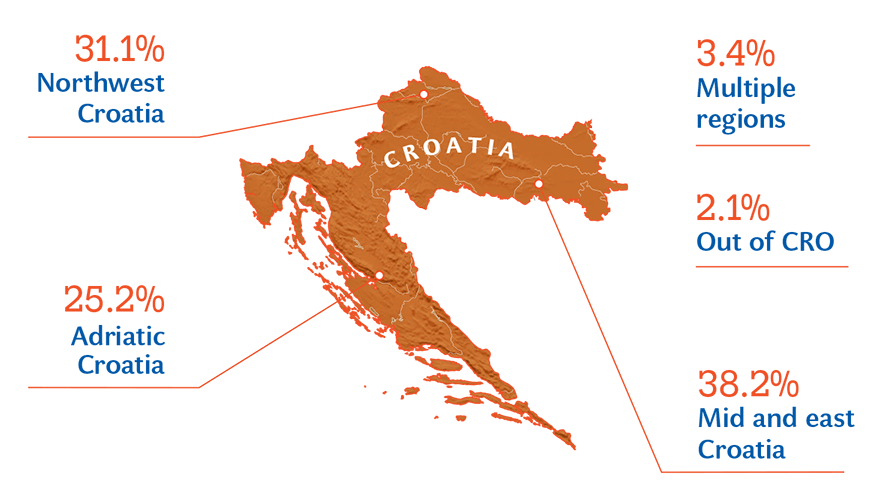 With More Than 1,000 Recorded Instances of Philanthropy, Croatia led the Western Balkans in Giving for 2013

The 2013 Annual Report on the State of Philanthropy for Croatia, published today by Catalyst, records 1,036 instances of philanthropy.  This level of philanthropic activity, coupled with Catalyst’s estimated value of overall giving in Croatia at €25.2 million, puts Croatia as a the leader in domestic giving in the Western Balkans region.  Non-profit organizations were the primary conduit of giving from individuals, companies and the diaspora, with individuals and families being a secondary path through which giving was directed.  Corporate giving (companies, SMEs and corporate foundations) accounted for nearly 46% of the value of giving, while individuals and mass individual giving accounted for nearly 39%.  The below infographic provides a snapshot into some of the dynamics in Croatian giving in 2013:

In addition to the infographic, the 2013 report can be downloaded in full report format and in a quick facts booklet style.