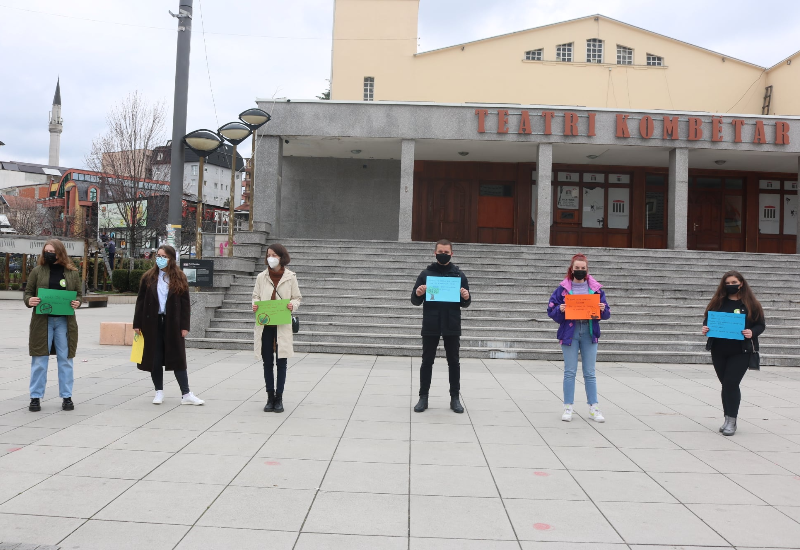 Known as HandiKOS, the “Association of Children Paraplegics and Paralysis in Kosovo” was founded in 1983, initiated by a group of people with disabilities, and Mr. Halit Ferizi, who was also chairman of the association, and later the leader of a Movement for People with Disabilities in Kosovo.

For 38 years HandiKOS has been working on the improvement of living standards among people with disabilities in Kosovo.

In our interview with the HandiKOS team learn everything about organizations’ work, activities, and mission. 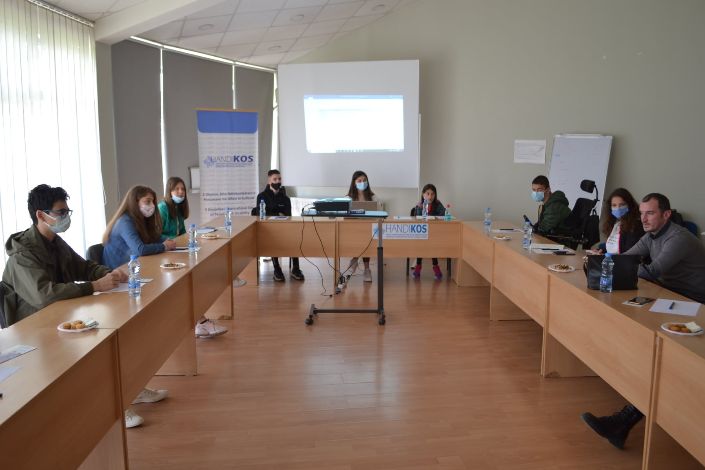 HANDIKOS team: HANDIKOS was created as a response to the difficult situation of people with disabilities in Kosovo. Based on recent research by the World Health Organization it is estimated that about 15% of the world's population has a disability.

"Association of paraplegics and paralysis of children in Kosovo" was established in 1983, with the initiative of Mr. Halit Ferizi, then president of the association and later leader of the disability movement in Kosovo, along with a group of citizens with disabilities.

The main objective of this Association was to improve the rights and living standards of people with disabilities in Kosovo, through action in the field of health protection, social, and employment.

Since 1989, the situation of people with disabilities has rapidly deteriorated, a situation which was aided by the crisis in the political, social, and economic context. The destruction of the health care system, the loss of jobs mostly affected this group of people who were already completely dependent on the scarce resources of the family. A large number of people with disabilities lived with little or no assistance from social protection services since, with the removal of family members from their jobs, they lost even the few rights they had enjoyed until then. This made them completely dependent on humanitarian aid. This situation pushed the association to take action to alleviate the situation of Persons with Disabilities by lobbying and advocating in the institutions of the parallel system to incorporate the needs of People with Disabilities in the overall popular movement.

Later, in 1994, the Community Based Rehabilitation Program (CBR) was established within HANDIKOS.

Like any other organization, HANDIKOS has evolved since its formation. It already includes many more members, has greater support from donors, has created a wider circle of cooperation in all areas. But in essence, it continues to live up to its mission and goal of improving the well-being of people with disabilities. 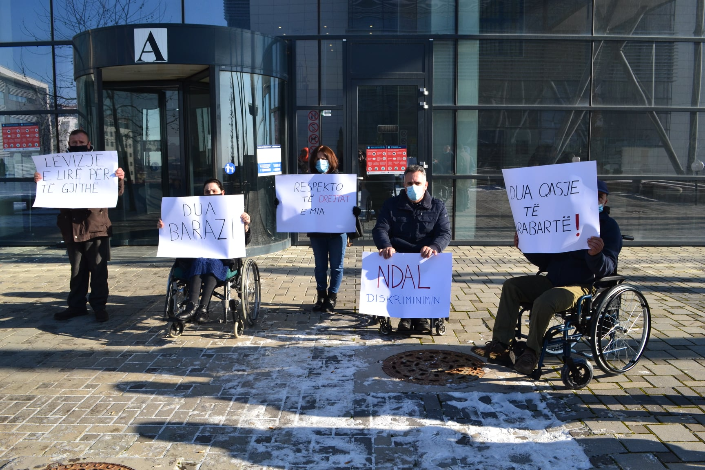 HANDIKOS team: HANDIKOS works for and with people with disabilities. And taking into consideration the circumstances which are also mentioned in the first answer, in the way the organization was created, of course, that the group we work for, are the motive. So, with no doubt, HANDIKOS has worked through lobbying and advocacy for the rights of people with disabilities, for which we continue. 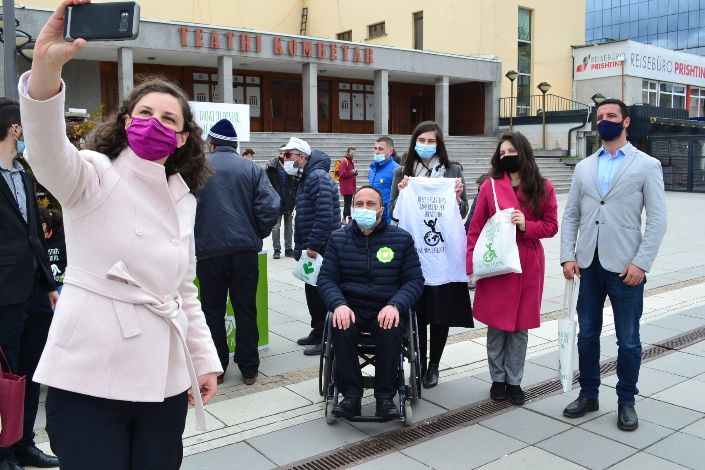 HANDIKOS team: The COVID-19 pandemic limited the activity of everyone, including HANDIKOS. As a result, we were forced to turn all planned activities within the projects we implement into those that could easily be realized in virtual forms. So, except for the service for assistive devices which is provided physically, always implementing anti-COVID measures, all other activities, whether with children or adults with disabilities we had held online. Meanwhile, during the release of the measures, there were periods when we functioned physically, according to the instructions of the relevant institutions.

HANDIKOS, in addition to the services it offers, in the last period has focused mainly on advocacy. So, we have conducted awareness campaigns on infrastructural access for people with disabilities, campaigns against violence against children, campaigns for the inclusion of children in regular education, campaigns for the inclusion of people with disabilities in employment, and many other activities aimed at the improvement of the condition of this community in our society. 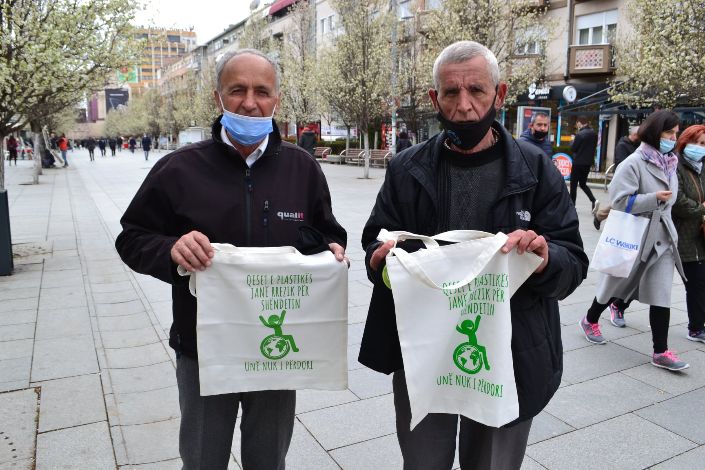 So, through this project, since January, these 10 people returned as employees and have produced over 2000 multi-purpose bags, aiming to protect the environment. We are left with the hope that this project will continue, and we will find financial support so that their work will continue as well. 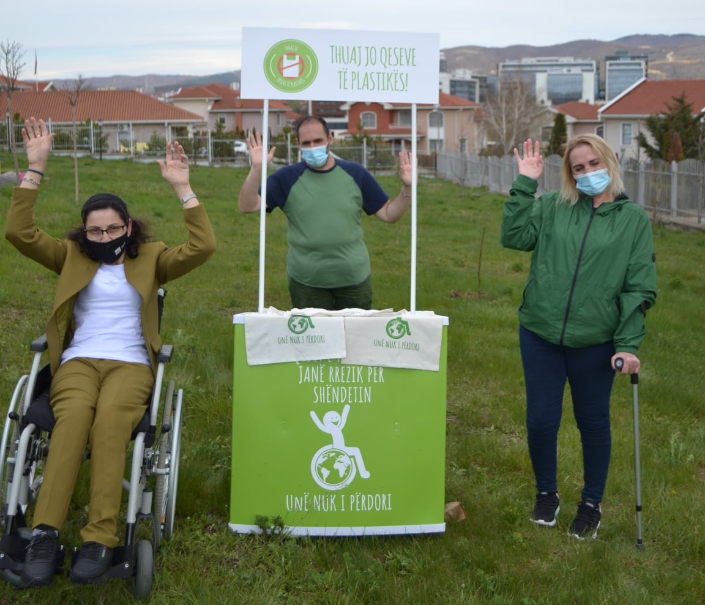 HANDIKOS team: HANDIKOS organization is mainly funded by projects that are offered to us by external donors, mainly by international organizations, such as UNICEF, Save the Children, SIDA, KYNYSS, we also have projects from the European Union and very few from those that come from Kosovo public institutions.

Support for the work of HANDIKOS can be mainly through projects, donations, but also outside the material, such as advocacy and lobbying that affect the advancement of the situation of people with disabilities in Kosovo. 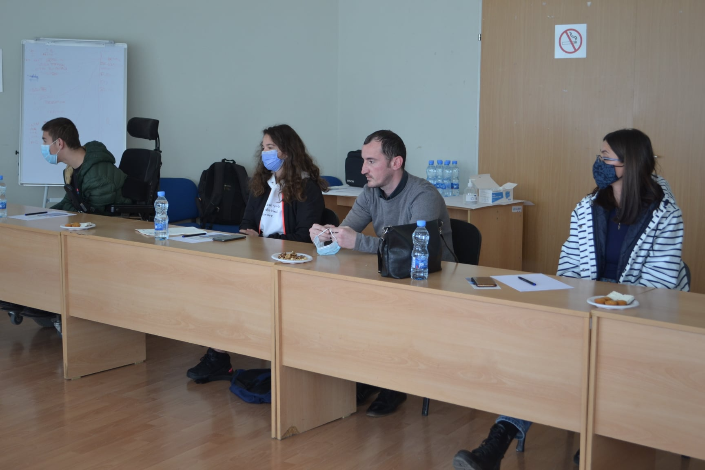 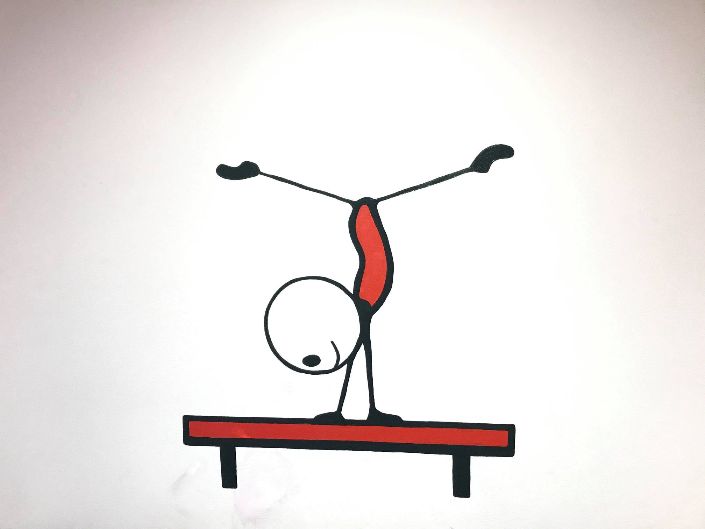 HANDIKOS team: Yes, HANDIKOS is always open to cooperate with all organizations in the country, on any issue that may benefit the common work and goal. The organizations with which we have the closest cooperation are mainly those that focus on disabilities, such as the Association of the Blind and the Deaf, the Disability Forum, with which we are implementing a joint project funded by the European Union. But not only these but also many other local but also international organizations. 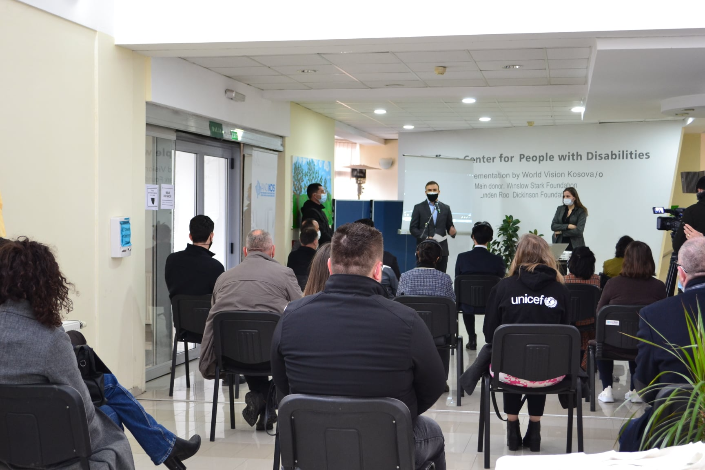 HANDIKOS team: The biggest challenge for us as an organization continues to be the provision of services, which are not sustainable due to the lack of direct funding from state institutions. It is, therefore, necessary that we achieve financial support, at least for services to children and adults, as HANDIKOS is the first and only door where they can knock for services free of charge.

Another challenge is the political stability, will, and willingness of local institutions in law implementation, the creation of new laws always keeping in mind the access to rights and not as before where our institutions see people with disabilities only based on the charitable and medical model. 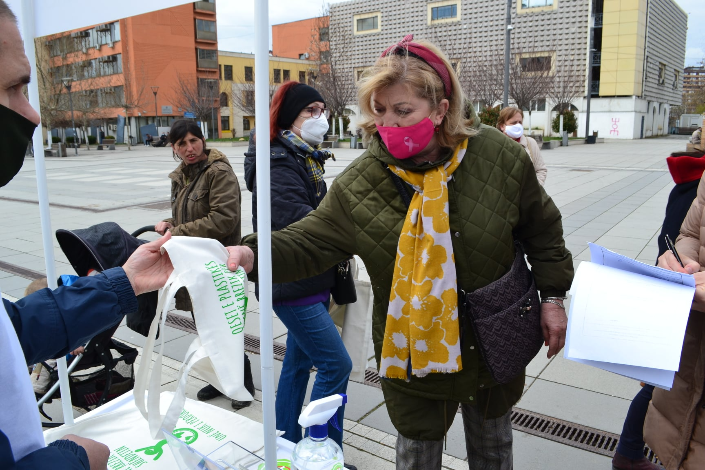 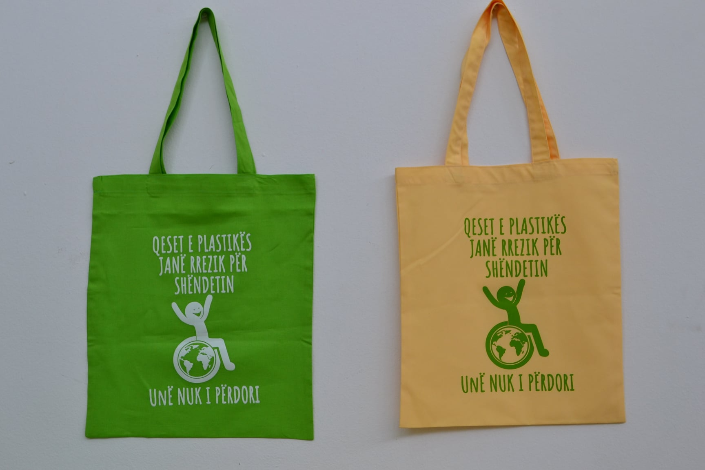