Giving by Mass Individuals in Serbia On the Rise, Giving to Non-Profit Organizations Increasing | Giving Balkans

Giving by Mass Individuals in Serbia On the Rise, Giving to Non-Profit Organizations Increasing 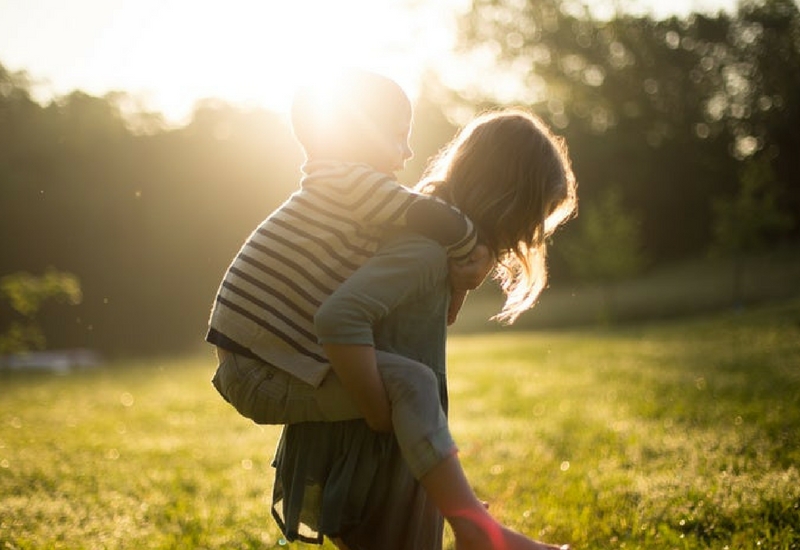 Giving by Mass Individuals in Serbia On the Rise, Giving to Non-Profit Organizations Increasing

A Summary of Findings from the 2016 Annual Report on the State of Philanthropy in Serbia, Part 1

The value of donations sourced from mass individual giving (informal giving by citizens at events, in donation boxes, online, SMS and through other means of mass collection through campaigns and appeals) increased in 2016.  Mass individual giving now comprises 25.2% of overall estimated giving.

Corporate giving continued to be a strong source of funds.  While there was a slight decline in corporate giving, an increase in giving by mixed donor types (which most often were instances where corporate and mass individual types giving together through in-store campaigns or online appeals) demonstrated that corporate giving is still the most significant source of domestic philanthropic funds in Serbia.  More than 250 companies, 100 SMEs and 5 corporate foundations were recorded as having contributing to the betterment of Serbia in 2016. 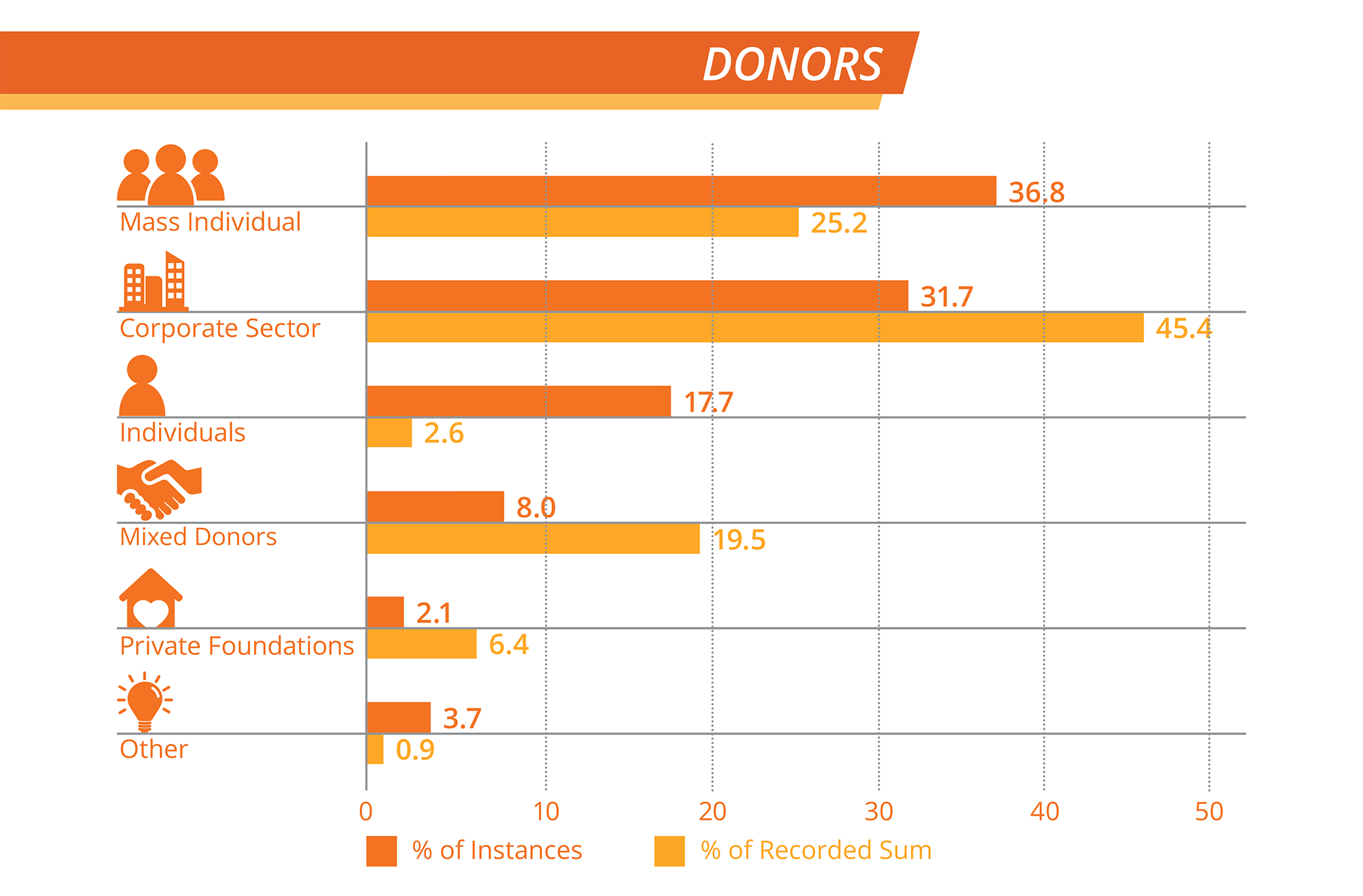 While giving to institutions slightly declined in 2016, there were increases in the estimated total value of donations directed to non-profit organizations, to individuals and families, and to local and national governments.

Despite this increase in giving to non-profits, giving to state-controlled entities, whether they be institutions or local and national governments, continued to make up the majority of giving in Serbia.  53.7% of the total estimated value of giving was directed to state-controlled recipients, while comprising only 33.8% of the overall instances of philanthropy recorded.  However, these figures represent slight overall declines from 2015. 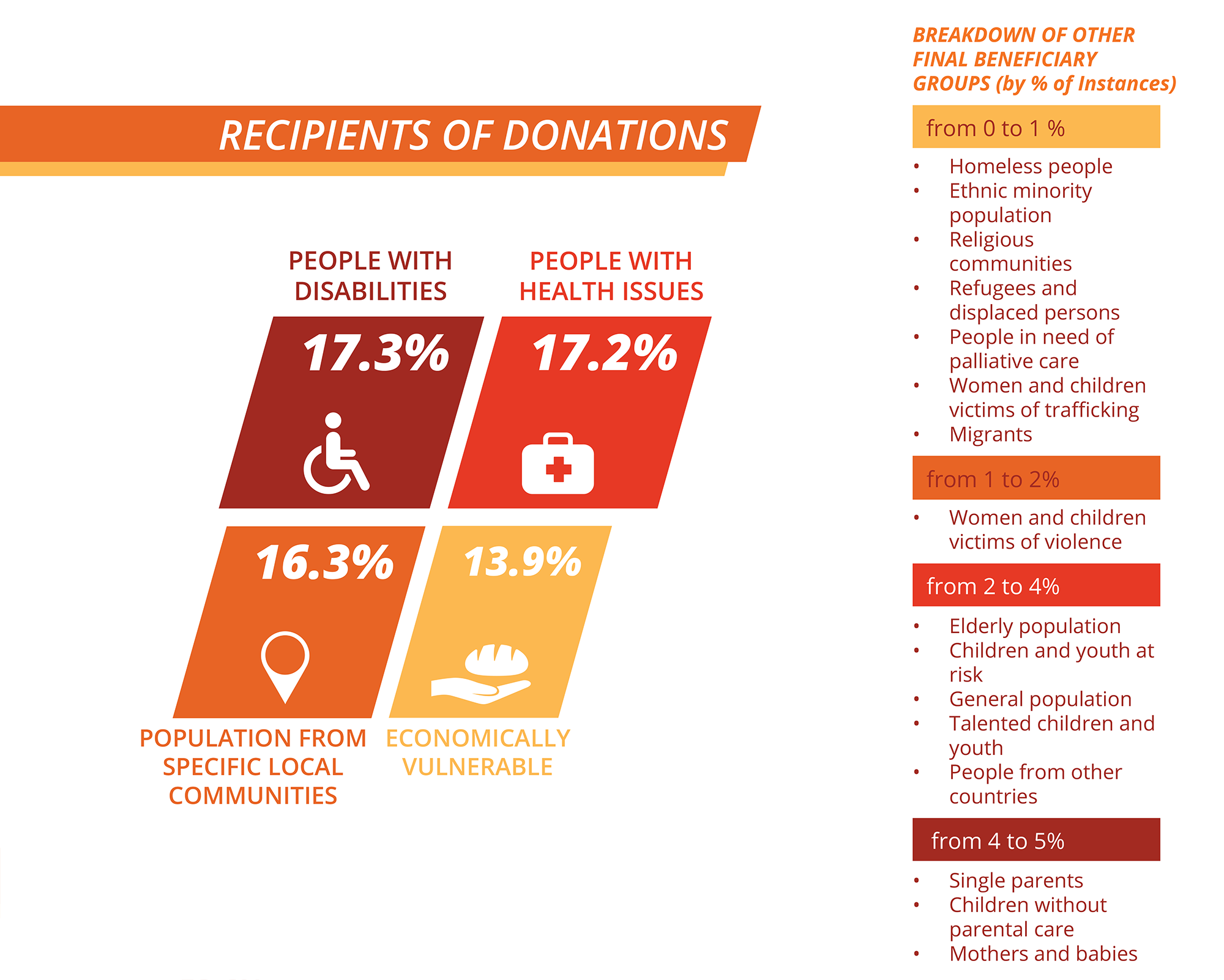 For more details on 2016 Annual Report on the State of Philanthropy in Serbia, view our infographic or download the full report.