Giving Croatia: Citizens and companies from Croatia donate 20,2 million Euros to charity in 2019 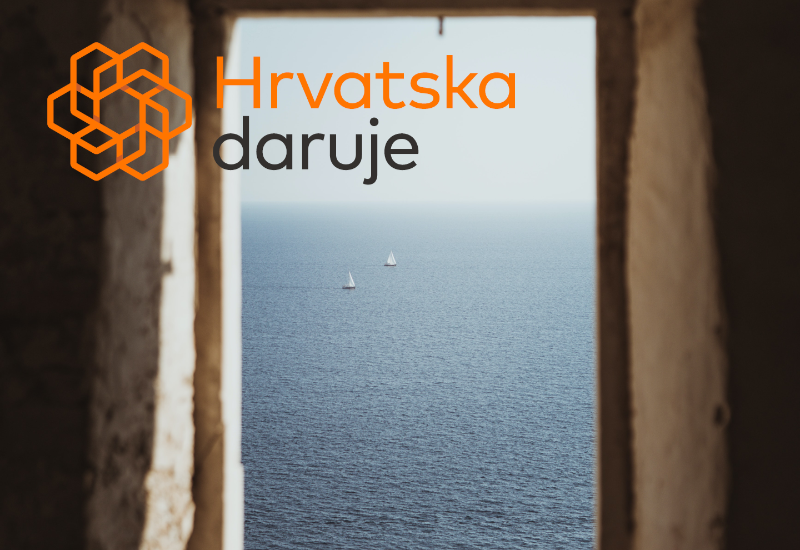 Giving Croatia: Citizens and companies from Croatia donate 20,2 million Euros to charity in 2019

Charitable giving in Croatia significantly increased in 2019. One of the key metrics from the Giving Croatia Annual Report prepared by the Foundation Catalyst Balkans was that an estimated 20,2 million Euros was donated to charitable causes, which presents an increase of 125% compared to giving in 2018.

Four key supported causes (health care, poverty relief, support for marginalized groups, and education) received 82.9% of all donations. Also, there was an increase of 10% in donor activity when compared with 2018, with 2,887 recorded charitable acts.

This is just some of the data presented on the webinar Giving Croatia 2019 that was held on 26 November. The participants of the webinar - representatives of the Foundation Catalyst Balkans, the Solidarna Foundation, Community Foundation Slagalica, CERANEO, and the Croatian Business Council for Sustainable Development - discussed the state of philanthropy in Croatia in 2019, along with reflections on charitable giving during the COVID-19 crisis and predictions for 2021.

Prof. Gojko Bežovan, from the Faculty of Law and the Centre for Development of Non-Profit Organizations—CERANEO compared charitable giving in Croatia after the earthquake in Zagreb and during the COVID-19 crisis.

According to the Catalyst Balkans' research data 15,325,490 million Euros were donated to charity in Croatia since the beginning of the crisis. The business sector contributed 55,3%, while 29.5% of the total amount was donated by individuals. The governmental and public institutions, mostly hospitals, were the recipients of 93.9% of charitable acts.

Daria Mateljak from the Croatian Business Council for Sustainable Development spoke about reasons companies donate for certain causes more than for others. She expressed her concern about the fact that many corporations in Croatia donate mostly to improve their corporate image. She added it would be better if they chose causes based on their corporate values and pointed out that knowledge transfer can also be a valuable form of giving. Besides, Mateljak stressed the importance of transparency in charitable giving by saying that both donors and donation recipients should work on increasing it.

According to the research "Giving Croatia 2019", there was a significant improvement in transparency from last year. In 2019, 49,8% of all donations were marked as transparent, which was a 19,6% increase when compared to 2018.

Branka Kaselj from the Community Foundation Slagalica emphasized that more work needs to be put into establishing maintaining trust between local nonprofits and the business sector, while Nathan Koeshall, director of the Foundation Catalyst Balkans, said that the charitable giving in Croatia is on the right track.

In case you missed out on the webinar, but you want to know more about the state of philanthropy and charitable giving in Croatia in 2019 and during the COVID-19 crisis, you can still watch it on YouTube, while the complete research data can be found in our Annual Report.