Germin: “We have an impact on the ecosystem of philanthropy in Kosovo and Albania” | Giving Balkans

Germin: “We have an impact on the ecosystem of philanthropy in Kosovo and Albania” 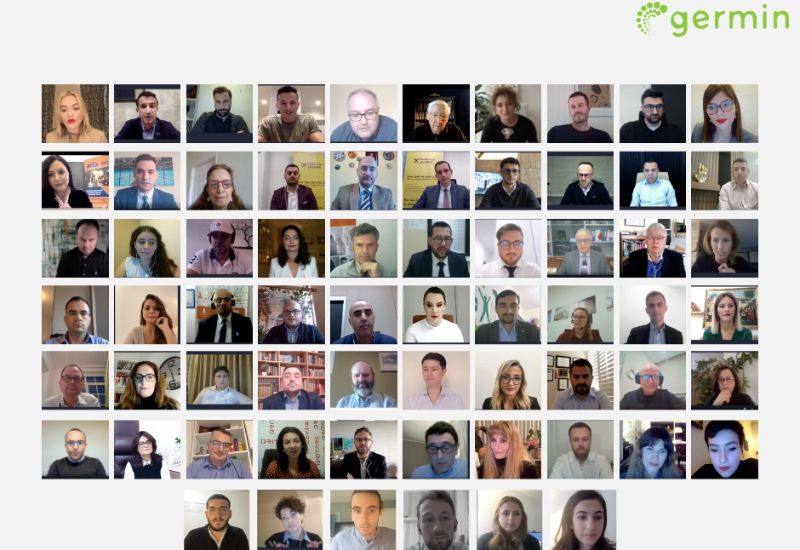 Germin: “We have an impact on the ecosystem of philanthropy in Kosovo and Albania”

Germin is a non-governmental organization that uses technology and virtual channels to connect and engage the Diaspora in advancing the development and democratization of their home countries.

Germin is run and supported by a group of Diaspora professionals ranging from the field of public policy, finance, information, technology, law, education, security and diplomacy.

They have a wide network of professionals and part-time collaborators, currently residing in 24 countries including the Balkans, Western Europe, and North America.

In the interview with Lirim Krasniqi, Co-Executive Director, you can learn everything about Germin's mission activities programs and achievements.

Lirim: Germin organization was founded in 2014. It started after a study conducted by the former founder of the organization, Mr. Behar Xharra, about the potential of the Kosovo diaspora, beyond remittances. It started as an initiative in 2012 through a platform called Kosovo Diaspora and in 2014 it was formalized as an NGO in Kosovo, in order to engage the diaspora, especially the potential that goes beyond remittances using information technology channels to improve the aspect of public and digital diplomacy of Kosovo, as a new state at that time; and also by channeling the full potential of the diaspora in the human and professional aspect in order to develop and promote Kosovo. 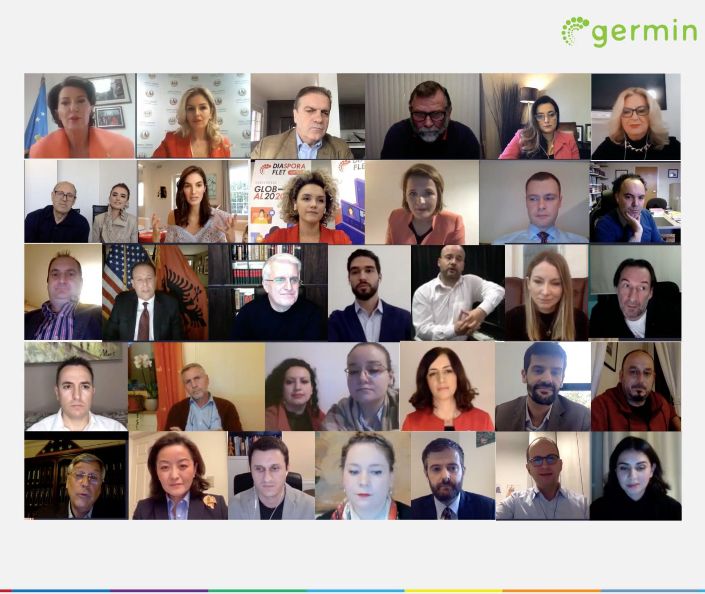 Lirim: My personal motivation has been to make a kind of contribution starting from the model of civic engagement for various issues and especially for issues related to the diaspora. Based on the belief that the Kosovo diaspora has extraordinary potential and it is necessary to create communication bridges and spaces to channel this potential and use it for the development of Kosovo. And for almost three years now I have been personally very committed in this direction, and I believe that with the contribution of others and cooperation with others, this motivation to engage has always been growing, which is a very good indicator because the model of civic engagement needs to be constantly increased and cultivated to democratize and develop many sectors, especially the one we are focused on. 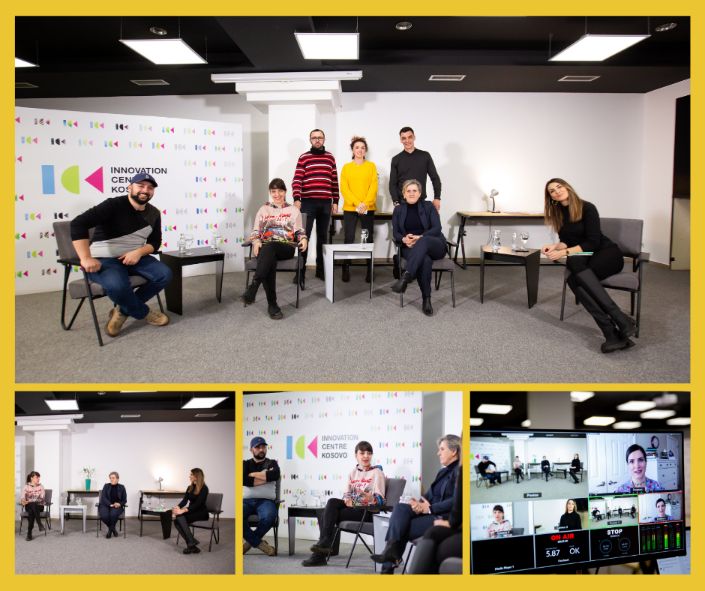 Lirim: It is not that it has influenced much. It has affected the cancellation of some planned activities in the physical format. But as for our activities, it is not that we have stopped. We have converted part of our activities into a virtual format. In this regard, we have had a virtual communication experience in the past given that our target group is members of the diaspora in different countries whom we have consistently targeted through virtual channels. Therefore, in this regard, it has not had much impact, but the activities that were planned to be held physically, whether in Kosovo or in the diaspora, have only changed their form but have not been canceled, this is important. 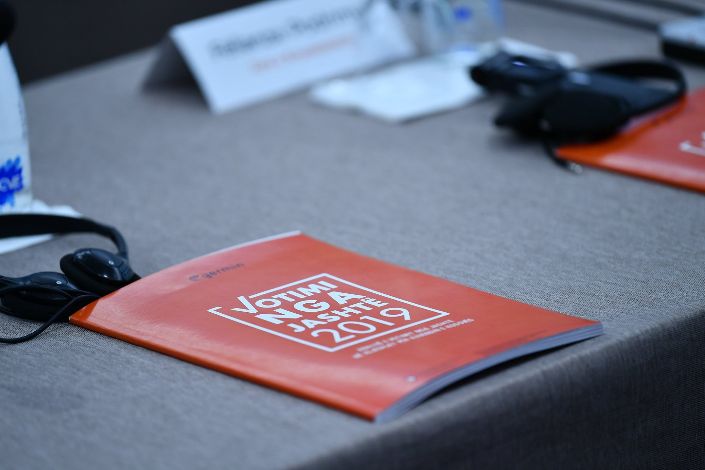 Lirim: The last two months we have been really engaged with the elections in Kosovo, especially with the voting from abroad or from the diaspora. We are the only organization in Kosovo that monitors the work of the Central Election Commission, in terms of voting by mail or voting abroad and in this regard from the beginning of the process, from the registration to the delivery of the votes and now their verification and counting, we have been continuous monitors and observers and we have also reported and informed all members of the diaspora regarding each step in this process. In addition, we are developing several other projects. Another one is a project that we have in cooperation with the World Bank in terms of the importance of remittances in countries of origin, not only in Kosovo but also in Albania, and the role of the Albanian diaspora in this regard, where we are trying to discuss with different diaspora communities of different countries about the different aspects of remittances such as delivery channels, transfer costs, economic and social impact on the home country, and so on. 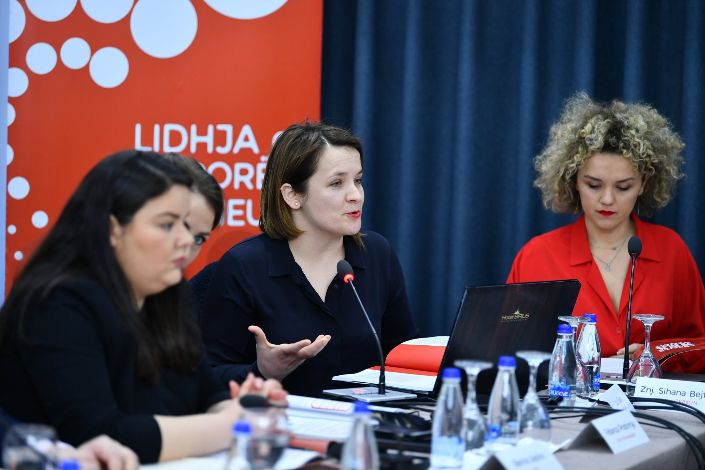 Lirim: We have several forms of financing. It is mainly through international donors that are in Kosovo, but also local. Among them are the Swiss Cooperation Office, the German GIZ, the World Bank, and USAID as well as other local organizations some of which are public institutions such as municipalities. But there is also another form of raising funds through fundraising campaigns. We as an organization are co-founders of the Global Albanians Foundation which is registered in Boston in America and serves as a platform for raising individual funds, not only in America but worldwide. Where we have conducted several successful campaigns raising funds from members of the diaspora for various projects which we have developed. We have also developed that platform to serve as a mediator for diaspora donations to various organizations in countries of origin. So far, we have had a lot of success because in the last year and a half only through GAF have been raised around 400,000$ which are mainly focused on efforts to mitigate the effects of the earthquake in Albania but also the effects of the pandemic in Kosovo. We have also collaborated with various local organizations here and in Albania.

We have a donate button on the website, which is linked to a platform called Every Action, it is similar to GoFundMe but a bit more sophisticated in terms of data and data security. And there everyone can donate, regardless of the state where they live, simply with a credit card one can choose the amount of the donation and choose one of our initiatives or projects for which the person wants to donate. As for the GAF platform, we mainly do focused campaigns and through Facebook, other social networks we raise funds. 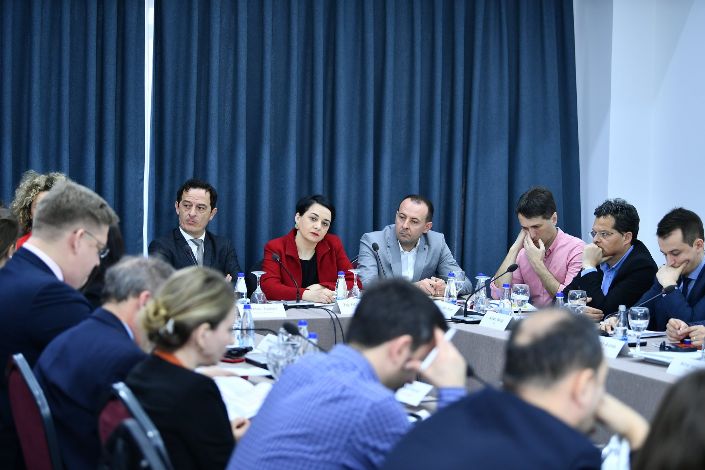 Lirim: I think we are contributing tremendously. Especially considering that in Kosovo and Albania the culture of philanthropy is not very widespread. As I said through the funds we have raised in the GAF platform we have contributed relatively well in terms of supporting local organizations. Although they have been mainly humanitarian cases due to the earthquake and pandemic, nevertheless beyond these we have some that are cases of success were through individual donations and donations from businesses or individuals from different countries, mainly from members of the diaspora, we have cultivated in a way every time more and more this culture of philanthropy. And in this way, I believe that we have an impact on the ecosystem of philanthropy in Kosovo and Albania. 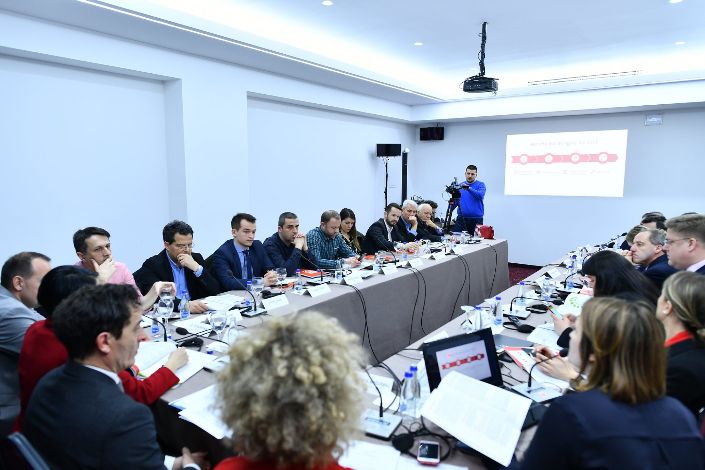 Lirim: Initially we are also registered as an NGO in Albania since September last year and only during these last two years in Kosovo and Albania we have cooperated with over 50 local organizations, while in the diaspora we have constant contacts with over 250 diaspora organizations, i.e. established and led by members of the diaspora who deal with various issues but that we maintain constant contact with them and consult with them very often regarding various issues related to the diaspora. For example, when we were part of the working group on the draft law and strategy of the diaspora in Kosovo, we received comments from about 150 diaspora professionals which we processed and sent to the working group within the Assembly of Kosovo. So, we have very wide cooperation with organizations, especially in the diaspora, but also with local organizations for various projects.

Lirim: The biggest challenge like any civil society organization is financial instability. Although we are one of the few organizations that are diversifying financial resources, meaning that beyond traditional donors we are raising funds through other forms such as philanthropy. However, limited financial resources in a way affect the long-term planning of projects or programs and this is one of the main challenges we face as an organization. Normally there are other smaller problems, but this is what I would point out.

Lirim: I consider our greatest success the impact or the creation of a space for the diaspora to influence Kosovo and Albania in various fields, whether political, economic, or social. We have done this through various projects. I can mention only 3 aspects: in terms of political influence, we have advocated in several elections for the right to vote and we have seen a steady increase in interest from the diaspora to vote in Kosovo and an increase in the importance of the debate on the representation of diaspora in policy-making institutions, both in Kosovo and in Albania. In the economic aspect through various projects such as the one for remittances but also for attracting investments we have had a direct impact on the countries of origin and we have brought many potential investors and potential businesses from the diaspora that will invest in Kosovo and Albania, through the various activities we have developed. We have also contributed to the strengthening of economic cooperation between the private and public sector in both Kosovo and Albania, but also with the business community in the diaspora. And, in terms of social issues through philanthropy, the whole GAF platform has been initiated by our organization, and a number that I consider relatively high of the raised funds has been a direct impact on various social issues related to emergencies that have been created in Kosovo and Albania for the last year and a half.