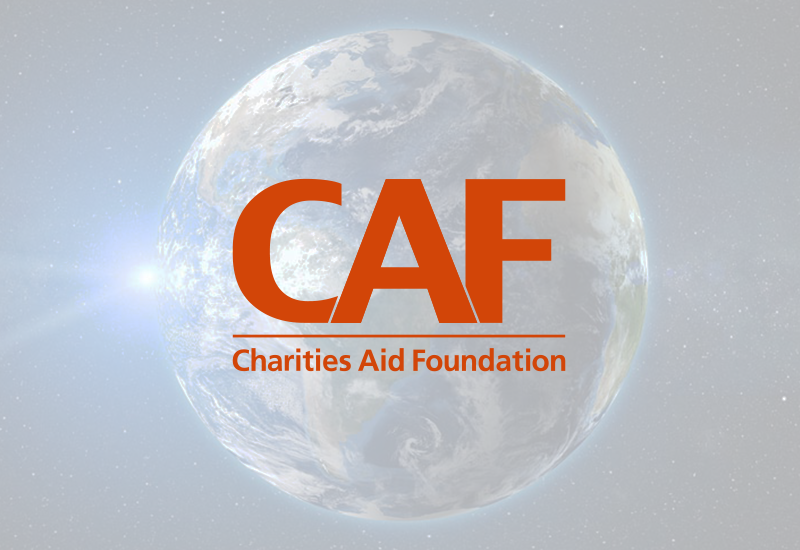 More people donated money to charity and helped a stranger last year than in any year of the previous decade, according to the Charities Aid Foundation’s World Giving Index 2022. Around the world, 3 billion people helped someone they didn’t know last year, increasing by approximately half a billion compared to prior to the pandemic.  Around 200 million more people also donated money to charity worldwide, with donations rising by 10% in high-income economies.

The World Giving Index is one of the biggest surveys into giving ever produced with nearly 2 million people interviewed since 2009. This year’s Index includes data from 119 countries, representing more than 90% of the global adult population. People around the world are asked three questions: have they helped a stranger, given money, or volunteered for a good cause over the past month? Produced by CAF, the World Giving Index will launch during the 77th Session of the United Nations General Assembly, at an event in New York to discuss the role of the private sector in achieving the UN’s Sustainable Development Goals. 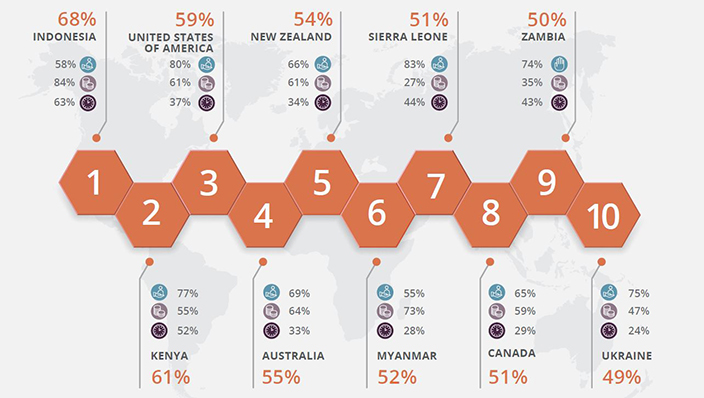 For the fifth year in a row, the world’s most generous country is Indonesia, followed by Kenya in second place. Many high-income countries returned to the top 10, have seen a steep decline in volunteering and giving since 2018 which accelerated during the pandemic. In addition to the United States in third place, Australia (4), New Zealand (5), and Canada (8) join the world’s most generous countries.

The United Kingdom ranks 17th overall, up from 22nd in 2020, largely due to many lower-income countries also increasing their scores and rising the Index.

Ukraine came out 10th in the Index, rising from 20th in the previous year, and is the only European country occupying a place in the top 10. The high score from data collected prior to the 2022 conflict reflects the new ways to engage with charity that emerged in Ukraine, along with an increase in living standards and the need that was created by the pandemic.

“Giving takes different forms around the globe, and even the definitions of what constitutes charity and generosity differ across cultures. Our World Giving Index aims to measure generosity as expressed through three human behaviors. Encouragingly, the overall Index score has increased, indicating that people around the world have been engaging more in generous actions than during the previous year.

“Against an uncertain economic, social, and political backdrop, the World Giving Index improves our understanding of global giving. Covid-19 has affected the world’s poorest and most vulnerable the most, which has also disrupted progress toward the UN Sustainable Development Goals. Private donors and businesses are likely to be called upon to fill funding gaps and charities will need to work out how best to direct their limited funding for the greatest impact. However, in the wake of two difficult years and with further challenges likely to come, we continue to see great instances of global generosity.”

Charities Aid Foundation is a group of three charities based in Canada, the United States of America, and the United Kingdom specializing in safe and effective cross-border giving, working with companies and philanthropists to support them to ensure that money reaches the causes at the heart of their giving plans. In the UK, CAF also operates CAF Bank, offering dedicated banking and support to more than 14,000 UK-based charities.