Always With Children: How to Run Successful Nonprofit Campaigns With CRM | Giving Balkans

Always With Children: How to Run Successful Nonprofit Campaigns With CRM 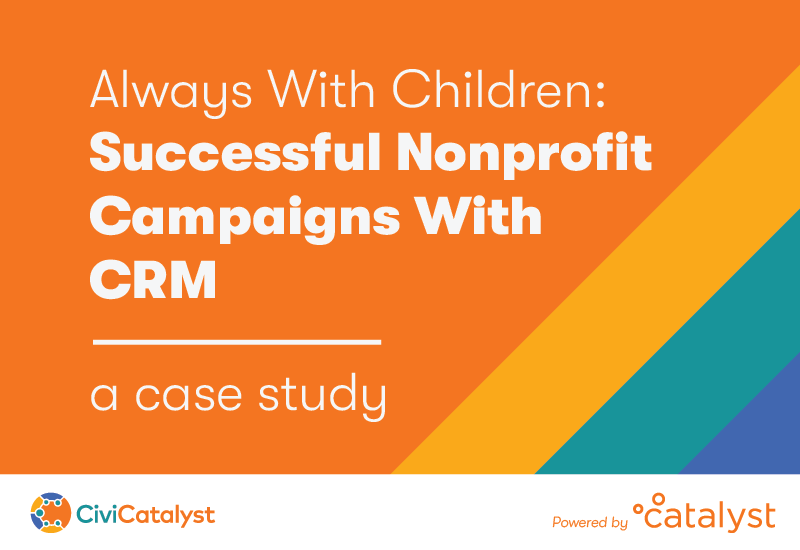 Always With Children: How to Run Successful Nonprofit Campaigns With CRM

Do you remember when newsletters used to arrive by snail mail? Always With Children does. That’s how it was in the distant year of 1991 (forgive this junior millennial) when this association was founded around the Institute of Oncology in Belgrade at the height of the breakup of Yugoslavia. At this time, they activate in a time of crisis to raise funds and secure the lacking medicine needed for the treatment of children who are fighting cancer.

The association’s name doubles as its mission. Always With Children really remains by their young beneficiaries’ side throughout the next 30 years. The social circumstances and needs, however, change. On the one hand, the need for high tech medical equipment and secondary care supplants the need for urgent crisis aid. On the other, innovations in philanthropy emerge, carving out space for even greater community involvement in the association’s work.

Keeping up with innovation

For an organization to persevere in their mission for decades, it takes a lasting effort to keep re-learning and evaluating both aspects – to understand your beneficiaries’ needs and be aware of the most efficient ways to fulfil them; but also, to keep building a community willing to put its time, funds, or labor towards accomplishing your common mission.

Always With Children never stopped learning and keeping up with trends. From 1996 when they sign up for the Childhood Care International bulletin, through 2020 and Catalyst’s workshops on marketing and fundraising for nonprofits and up to the current day when the association’s mailing campaigns regularly feature open rates of over 30%, with dozens of successful fundraising campaigns under their belt. 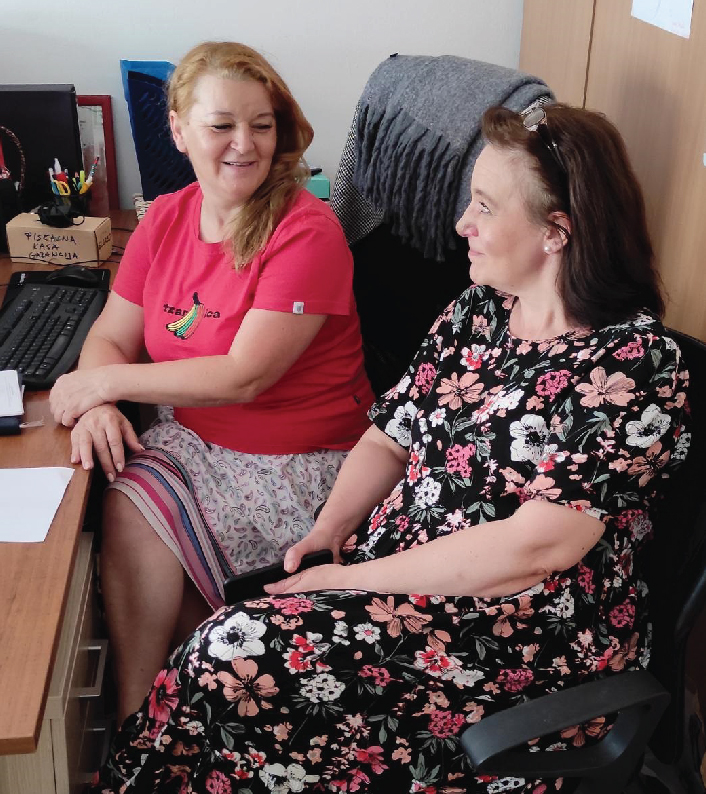 Always With Children is among the pioneers of philanthropy in the country, engaging in fundraising practically for as long as there has been a nonprofit sector in Serbia. When Donacije.rs, the nation’s first charity fundraising platform, was launched, the association had already been prepared to test the waters in their first dedicated crowdfunding campaign. Quoting the president of the association, Mileva Ličina:

We have been buying books, literature explaining what crowdfunding is and how it’s done. Then we saw the news about the appearance of the Donacije.rs platform and we were thrilled. We waited for it to go live and shortly after we went to Catalyst for our first meeting to discuss our idea.

What made us laugh – and your colleague as well: it was around the beginning of October, and she had asked us when do we plan to launch our campaign. We said in February, to mark the International Childhood Cancer Day. Wonderful, she said – you’re the first who understand that this actually takes time.

The association’s eagerness to learn and accept innovation quickly yields results and Always With Children becomes the first organization in Serbia to have raised over a million RSD (8.500 EUR) through a crowdfunding campaign.

Having been founded at the Institute of Oncology, Always With Children has been an organization that traditionally nurtured strong and close bonds with both its beneficiaries and supporters. However, the increasing scale of support requires you to step out of your traditional circle. With the support of celebrities, the association’s fundraising campaigns go viral. Crowdfunding additionally brings new supporters and soon the donor count grows by an order of magnitude. At that point, the association faces the following questions:

How can we efficiently:

And then COVID hit.

During 2020, Always With Children draws up plans for a campaign titled Make my hair your hair. The idea is that citizens donate hair out of which wigs are made for girls undergoing chemotherapy. As the lockdowns came into place, however, the planned activities fall through. New ways of organizing were needed. That is when the association, already being an active CiviCRM user, starts thinking about utilizing the platform in a completely new way.

Corona happened and everything ground to a halt. That’s when we decided to put CiviCRM and its whole event format to greater use. We had planned this campaign to take place on September 12, 2020, in this little wig maker’s shop. A number of hair donors had signed up and haircuts were arranged for them in compliance with COVID measures. An event structured like this brought us a lot of great publicity on social media. Afterwards, a lot of people responded to our call and donated hair, and they still keep donating.

To make a single human hair wig, it takes two or three persons to donate hair. It cannot be anyone either – the hair must match in texture and quality. To make matters more complicated, hairdressers’ shops are shut down due to lockdowns. To counter these setbacks, the association organizes haircuts right on the premises of a wig maker’s shop. Throughout the day, the donors are assigned individual appointments where their hair can be cut and donated on the spot.

This successful pilot campaign eventually transformed into a permanent call for hair donations. To enable this, some things were simplified – with the lockdown coming to an end, the donors can now simply bring their cut hair to the association’s address. 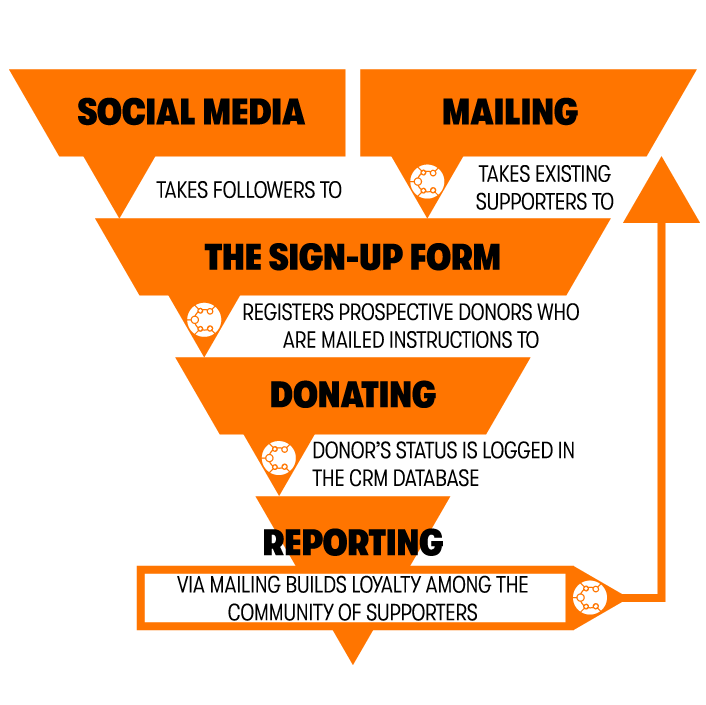 What hasn’t changed – and is key to the success here – is the diligent reporting to donors about the course of the campaign and the personal impact each one of them has had on the quality of life of young girls fighting cancer.

The campaign is ongoing to this day and since 2020, Always With Children has managed to arrange the making of more than 40 wigs with the support of more than 100 hair donors.

As much as automation facilitates the operations of a mass fundraising campaign, personalizing the communication with your supporters is key to building a community that’s enthusiastic and loyal.

That’s why Always With Children combines the two approaches during their seasonal giving campaigns.

In order to log large numbers of donors and donations, Always With Children has been working with our CRM team to create a system that tracks what step of the donation process a supporter is currently at. 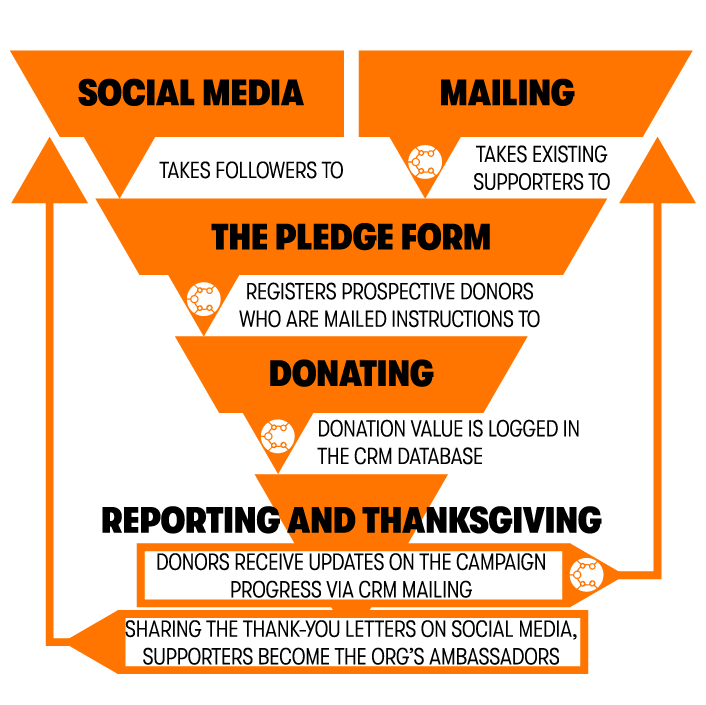 With this system, Always With Children always keep clearly segmented groups – a general one with their supporters, as well as separate ones for each campaign. This allows them to have highly precisely targeted messaging.

Having donated New Year’s Eve presents for children fighting cancer, the donors get a unique, printed and personalized thank you letter – namely, in the letter they are declared a Licensed Santa Claus. Why bother spending time on this step when you can just mass-mail all donors through the CiviCRM platform? According to Mileva Ličina, this step is absolutely needed because being responsible towards donors is a key factor in building a charitable community:

During last year’s holidays, we have had donations from 1,028 individuals and companies. We issued each of them a personalized Santa Clause License. This took hiring a designer and then mailing every single letter individually. For us, there’s no New Year’s Eve or Christmas until we get this done. That’s what matters. We promised them they will get a Santa License and we need to do it. If we let down a single supporter – they have their community and they will not support us next year. On the other hand, people have been framing these letters and putting them up on their walls, posting them on their social media – this brought us a lot of new followers.

They haven’t limited themselves to just keeping in touch with their supporters. Always With Children also invests effort into regularly publishing information on their work on the Neprofitne.rs platform. For responsible reporting and transparent operations, they’ve been awarded the Blue Badge marking them as a fully transparent nonprofit. 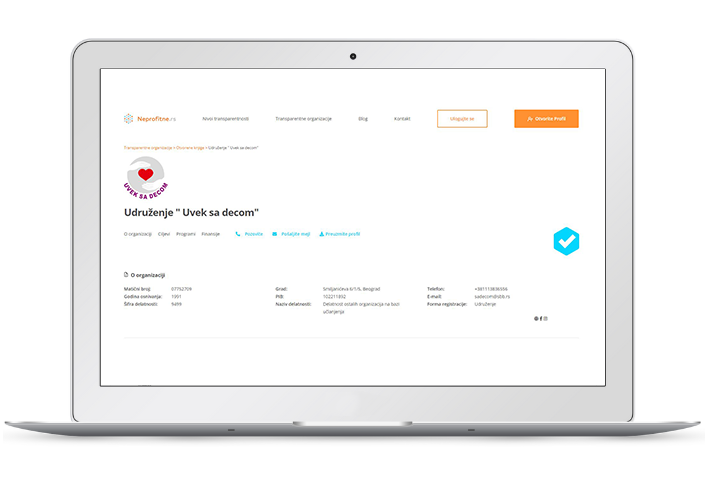 Beside the tools that enable mass communication and maintaining supporter lists, our CRM team has been working on meeting the needs of Always With Children by implementing a donation tracking system. When you’re working with hundreds or thousands of donors, keeping tabs on who donated how much and what for becomes a nightmare of cross-referencing endless Excel tables.

Instead, with CiviCRM’s donation tracking system each donation is bound to individual contacts and events. This allows the association to know precisely, at all times, how much a supporter has given, what campaigns they’ve participated in or how much money was raised through a certain campaign.

By recognizing their operational needs and introducing systems that facilitate their processes, Always With Children frees up hundreds of precious person-hours which they divert to actually helping children who are fighting cancer. And so, through sign-up forms integrated with contact lists, mailing groups and donation tracking, mass fundraising becomes possible even to nonprofits without dozens of employees or volunteers to handle the logistics of it.

Every time we play a supporting role in a success story such as this, CiviCRM gets further improved. As a tool for philanthropy, the directions for new features and the platform’s overall development reflect the needs of the community and come from the inputs of associations and foundations we work with throughout the region. We would like your organization to be one of them too.

So, if your nonprofit is looking to make an important strategic step towards transforming your work and you’re interested in using the CiviCRM platform – get in touch with our CRM team and schedule a live demo.