Association where people with disabilities have found a safe haven 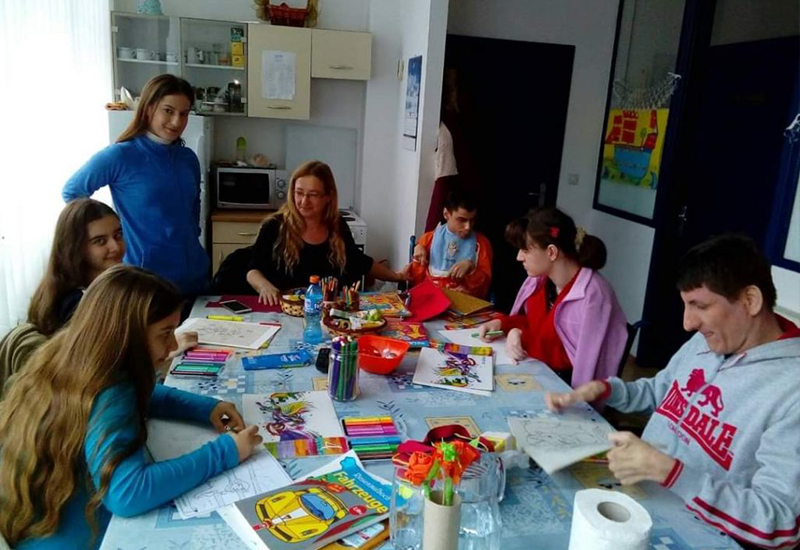 Association where people with disabilities have found a safe haven

The Center for Social Research "Global Analytics" from Bosnia and Herzegovina recently conducted an interview with the Association "Moja luka". Haris Kolašinac talked with Gordana Adamović-Đorđević, a graduate economist, who is one of the founders and executive director of the Association "Moja Luka," and a parent of a child with a disability.

The story of this association, the actions, and the support they provide to their community serve as an example of solidarity, strength, and inspiration for all organizations and individuals, volunteers, and humane citizens who want to contribute to society.

We are conveying the entire "Global Analytics" interview below.

The Association "Moja luka" was founded by a group of enthusiastic parents of children with special needs in July 2010 as a voluntary, nonprofit and humanitarian organization of citizens and humane people. It brings together people with special needs and disabled people, parents-guardians, experts, and friends of their families to provide organized assistance and better protection of this specific category. The Association operates in the City of Banja Luka.

How was the idea of founding the Association "Moja luka" born?

Gordana Adamović-Đorđević: It is challenging to be a parent, especially for a child who has a problem that you cannot solve. The inability to help someone, especially your child, makes you think and seek solutions and support on different sides. The idea of founding an association was born long before the founding of the Association. Parents met, exchanged information, and helped each other by sharing a similar fate of their children. The Association itself was formed spontaneously, out of necessity, and initially acted as a self-help group. There is no systemic solution for solving problems and helping people with disabilities and their families in our country. And then, the registration took place to officially and legitimately influence the environment and improve the quality of life of children and families. 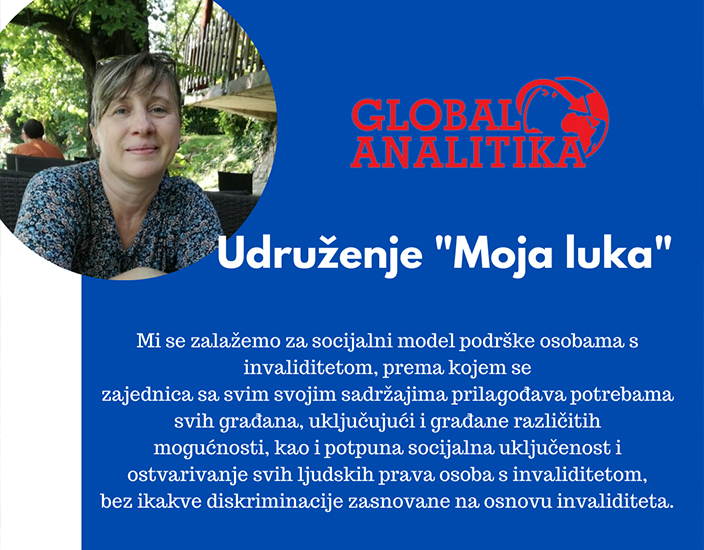 The long-term goal is our Development Center for people with disabilities Banja Luka to satisfy the different needs of this population (day and multi-day care, occupational therapy, employment and housing support, various forms of assistance, home assistance).

What activities and projects have been implemented by the Association "Moja luka" so far, and what are the current projects you are working on?

Gordana Adamović-Đorđević: In the period from 2011 until today, 29 different projects have been implemented which have improved the quality of life of children and young people with multiple disabilities and their families. On April 1, 2012, the Day Center "Moja luka" started operating, which takes care of children and young people with severe, severe and multiple disabilities, semi-mobile and immobile, completely dependent on other people's help, who need 24-hour care, aged over 15 (two parents of children with disabilities are also employed in the day center).

At the time of establishing the Day Center "Moja luka", in parallel, work was done on the legal solution and the introduction of daycare as a right in the Law on Social Protection of the RS. The law entered into force on April 4, 2012. For children and young people who cannot be included in the community due to the lack of adequate services or the severity of their disability, and as an alternative to socialization, the Mobile Team project (professional help at home) is being implemented. The introduction of parent-caregiver rights was also one of the activities of the Association. Together with several other associations on the territory of the City of Banja Luka, our Association was involved in drafting the Development Strategy of the City of Banja Luka in the period 2018-2027. Currently, due to the current epidemiological situation, we have no projects in progress.

How many members does the Association have and what forms of disability are present in people with disabilities?

Gordana Adamović-Đorđević: The association brings together people with disabilities, parents-guardians, experts, and friends of their families. We currently have 90 officially registered members, of which 29 are users, i.e., children from 27 families, ages 8 to 42 years. Most users have cerebral palsy, i.e., multiple disabilities (combination of motor / intellectual impairment, motor / sensory/intellectual impairment), semi-mobile and immobile, utterly dependent on other people's help, which requires 24-hour care and nursing.

What kind of social services does this Association offer?

Gordana Adamović-Đorđević: The association "Moja luka" is developing social services that do not currently exist in our community and which correspond to the population of people with severe and multiple disabilities, such as daycare services and a mobile team.

Since January 1, 2013, the Day Center "Moja luka" has operated in a local funding system - local community / NPO. Part of the funds is provided by the local community, ie. The City of Banja Luka through the Public Institution Center for Social Work Banja Luka. A part of the funds is also provided by the Association "Moja luka" from donations and projects financed by various domestic and foreign organizations and institutions. The development of a daycare service for children and young people with multiple disabilities is a pioneering endeavor in our region, given that this is the most neglected category of people with disabilities, almost invisible to society. 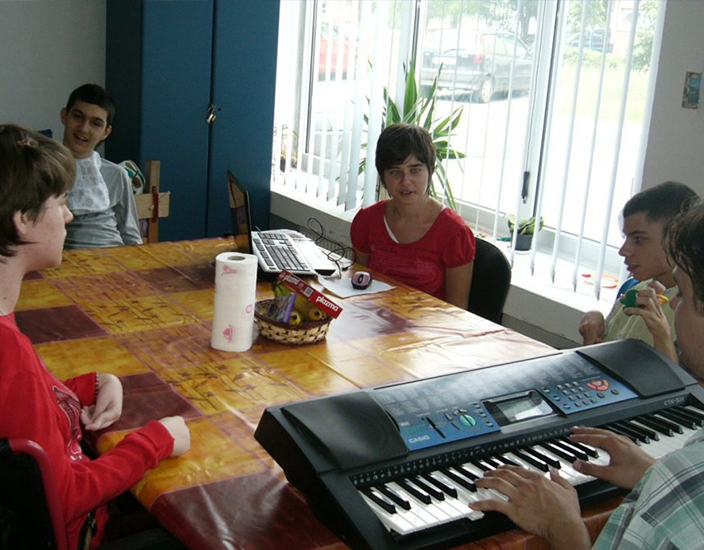 The mobile team is a professional support service at home, as an alternative to inclusion in the community, when this is not possible for objective reasons – whether a person with disabilities cannot join the community due to the severity of their disability or its non-existence adequate community services. Unfortunately, the lack of financial resources prevents us from continuously implementing this service.

From your perspective, how does society view people with disabilities, specifically in Banja Luka, do they find understanding or is there still distance and discrimination?

Gordana Adamović-Đorđević: A lot has been done and is still being done to sensitize and change the consciousness of people when it comes to people with disabilities. Thanks to the work of the nonprofit sector and people with a broad mind who made decisions in the City of Banja Luka 20 years ago, an atmosphere has begun to be created in which there is understanding for people with disabilities, and this trend continues today.

Banja Luka is a local community in the Republic of Srpska, perhaps at the level of Bosnia and Herzegovina, leading the way in developing services for people with disabilities. NGOs have invested, and continue to invest, a lot of work and effort to ensure that people with disabilities have adequate support in the community. Unfortunately, this is a long process because little has been systematically resolved, and there are not enough funds for our categories of users. Still, there is understanding in the local community and national institutions, and we hope that it will be better in the future.

In the period from 2000 until today, many projects and activities have been implemented to support people with disabilities in the City of Banja Luka: removal of architectural barriers, opening kindergartens for children with special needs, the adaptation of primary and secondary schools for regular school attendance, opening a library for the blind and visually impaired people, adaptations at the University, adaptation of public transport to the needs of persons with disabilities and the introduction of social services (personal assistance, daycare centers, etc.). These are just some of the big steps taken to improve the living conditions of our fellow citizens through various projects, among which the most important was the Social Protection Reform in the City of Banja Luka, implemented by the Independent Bureau for Humanitarian Affairs in cooperation with city authorities. Through this project, services for people with disabilities in Banja Luka began to be developed. 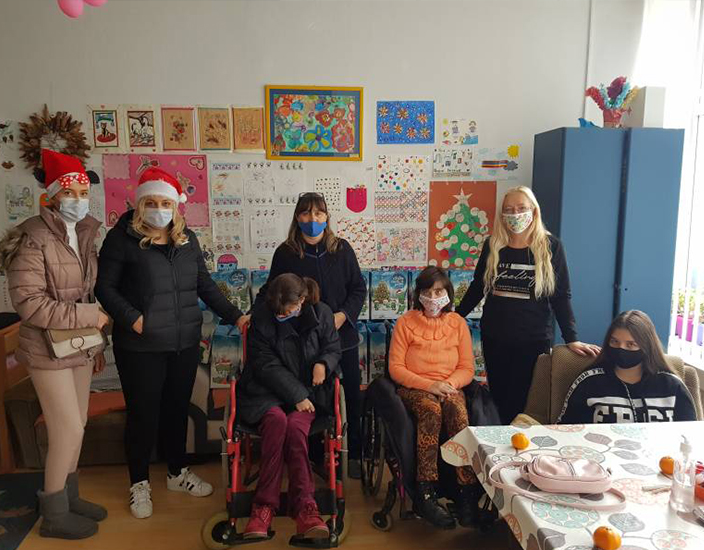 How do the members of the Association perceive the society and their involvement?

Gordana Adamović-Đorđević: Families of children with disabilities are in a challenging situation. In addition to bearing the entire burden and care of children, they become socially excluded due to the need for increased care and nursing.

Also, most of our families are burdened with a lack of financial resources. Children are usually cared for by only one parent. There is often only one employed member in the family, a family where both parents are unemployed or retired. Unfortunately, children and young people with disabilities in our community do not have the possibility of social inclusion. The severity of their disability prevents them from education and training for independent living. The lack of social services that meet their needs leaves them in their immediate family circle, which means that they remain isolated and invisible to society.

When we managed to launch a daycare service for children and youth with severe and multiple disabilities, 12 children and youth were included in the community, which directly affected the social inclusion of their parents. Parents were given a chance to look for a job and get involved in society, improve the material status of their families, and adequately care for other family members. We also have a situation where several parents use the right to work part-time.

How much do institutions help you in your work?

Gordana Adamović-Đorđević: As far as the help of institutions is concerned, we cannot be proud of that. Assistance is insufficient, and when it comes to the activities and needs of the Association "Moja luka", it is not satisfactory. Support is mainly limited to financing project activities related to the users of the Association.

The local community, i.e., the City of Banja Luka, helps us to finance part of the daycare service. At the same time, the work of the Association is mainly based on the volunteerism of individual members. The Association is not a for-profit organization and does not have its own funds, so it does not have professionally employed staff.

We should step out of our comfort zone and the walls we are in and overcome ourselves to fall in love just the way we are. Because winning over ourselves is the most demanding and best thing we will be able to afford.