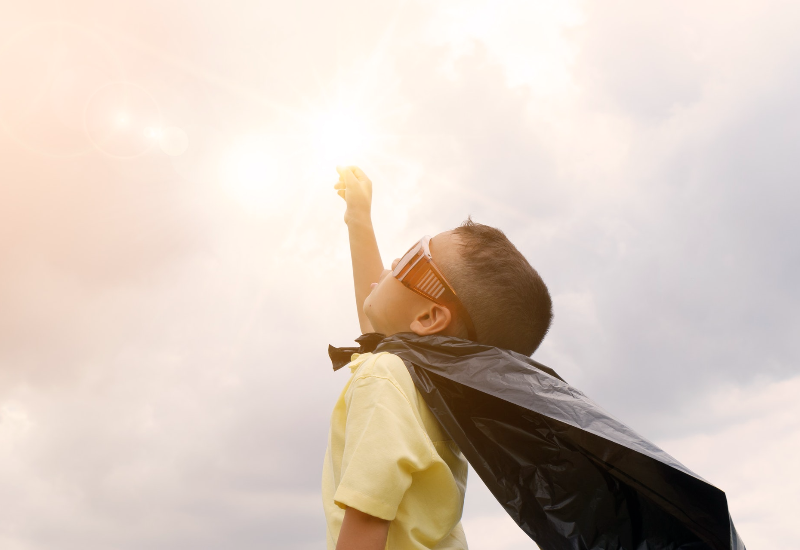 Fenix Montenegro is an association of parents of children treated for cancer, which provides daily help and support to families whose children have cancer. They also deal with education, advocacy, fighting for better living conditions and treatment of sick children, and advocate for opening a Hemato-oncology hospital and a Parents' House in Montenegro.

How did the Fenix ​​association was established? How did your mission develop?

Jovana: The Association started working as a Facebook group, i.e., a support group for parents going through the same thing we went through. As a group, we could not solve the various problems that arose, so we were officially founded as an Association on February 15, 2013, symbolically on the day of commemoration of the fight against children's cancer. We have existed as an NGO for nine years. The founders of the Association are parents of children who were treated for malignant diseases. In the beginning, we were a small group, but soon we were joined by young people who were treated for cancer in childhood. These are our young people, with whom we realized many activities. In addition to us, as parents, providing support to parents who are going through the same, they also offer a small glimmer of hope to both parents and children.

What was your motivation for working in the non-profit sector?

Dijana: In 2011, my child fell ill with neuroblastoma. We were in Belgrade, at the Mother and Child Institute, until August 2012, when our Milica passed away. In the period between therapies, we stayed in the parent's house run by the Association Tinkerbell, and then we saw how important the support of people who are in a similar situation as you are. After returning to Montenegro, my colleague Angela Murišić, who was still staying at the parent's house during that period, called me and suggested that we get organized and start something in Montenegro.

How is Fenix ​​Association financed? With which types of donors do you cooperate, and in what way? How can those who wish to support the work of the organization?

Dijana: Association Fenix ​​is ​​financed by projects, donations, and voluntary contributions from citizens. Anyone who wants to can support the work of the Association by donating to the giro account 510-71233-32. 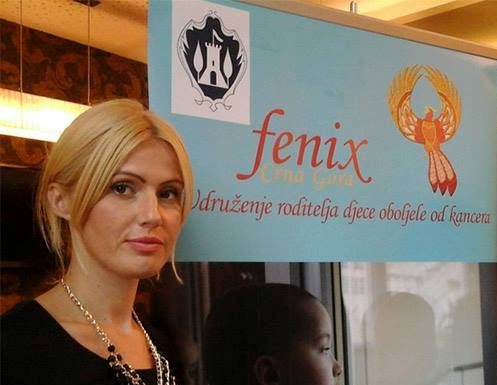 What activities are you most focused on right now? What are the most important plans and goals you plan to realize in the future?

Dijana: We are currently focused on one big project, the project for the construction of a parking area and a children's playground in front of the oncology and hematology department of the Institute for Children's Diseases. The children's department has a separate entrance, which is in poor condition and inaccessible when it rains. Children and parents do not have a place to stay when they are not receiving therapy. We had a small playground in the plan. Still, with the help of Triathlon Club Podgorica, the Triathlon Federation of Montenegro, Mr. Vedran Roćenović, and all the companies that selflessly supported the action, we came up with a big project where much more will be done than we dreamed. The total value of the project is around 90,000 euros.

Do you involve the community in your work, in what ways, and what does it bring you?

Jovana: Everyone willing to get involved has always been able to do so. We have always had the support of the community in all our actions. Thanks to the community, we have achieved a lot in 9 years.

Do you cooperate with other non-profit organizations, associations, and foundations, and in what way?

How does the Fenix ​​Association contribute to the development of philanthropy in Montenegro?

Jovana: We live in a time when awareness of the importance of philanthropy is growing, but much work is still needed. The Association works to raise public awareness through every activity to become an inspiration for others and encourage them to charity. Every donation and support comes from the heart, but no action would be possible without the citizens of Montenegro, who always selflessly help the work of the Association.

Educational activities, as well as advocacy, are an essential segment of your work. Tell us more about that.

Dijana: Educational activities are an integral part of every project we implement and have implemented. Sometimes they are aimed at educating the peers of children who are being treated or have been treated on how to provide them with support and help. Sometimes the activities are aimed at teaching staff how to treat children with that problem, but the biggest emphasis of educational activities is on parents. We try to help them to provide maximum support and help them understand and cope with the child's illness.

What are the biggest challenges you face at work?

Jovana: The biggest challenge they would single out is finding a solution to cover the housing costs of parents whose children are being treated abroad.

What are the biggest successes the Association has achieved, and what do you still want to achieve?

Dijana: The most important things we managed to do were renovating and equipping the Children's Hemato-oncology Department. The space has been completely adapted to provide the necessary conditions for children being treated for cancer. Six apartments were separated, which were completely renovated as part of the Association's activities. It is not just about adaptation, painting, and equipping with new furniture, but about complete reconstruction: increasing the square footage of the rooms, building new bathrooms, and equipping the old ones. They would also highlight the successful initiative to send children for treatment to five reference centers in Europe and the possibility of giving total anesthesia when performing painful diagnostic procedures such as myelogram and lumbar puncture.